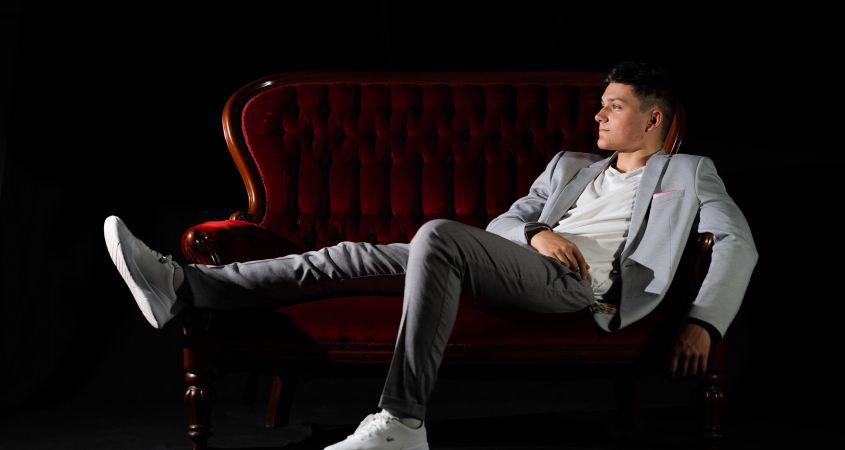 Now the famed U.S. music producer has collaborated with 16-year-old Australian music artist Charlie Mitchell, who went from busking on the streets of Carrara (Queensland) to working with one of the most renowned music producers in the world in two years.

Even After was written by Brian Evans, a Las Vegas crooner, who organised Charlie’s involvement with Narada Michael Walden. Charlie says about the song:

“The song was written by Brian Evans. It’s about loss and losing a loved one.

“Brian’s mother passed away tragically due to a medical error during surgery. He couldn’t sing the song, as it was too close to him.

“As a result, he sent the lyrics to me, and I came up with the melody on my guitar, and Narada professionally produced it in San Francisco at Tarpan Studios”.

As one would expect of Walden, Even After features a lush sonic backdrop: sparse instrumentation — acoustic guitar, subtle rhythmic elements — with orchestrated surges and swells to expand the song’s thematic concerns, all supporting Charlie’s self-assured, genuinely notable vocal performance. The track aims for the heart and pretty much hits the spot.

Charlie says of the lyrics:

“They can be interpreted in a variety of ways.

“Some people say it’s a love song; others interpret it as losing a loved one and being heartbroken. In a way, the lyrics are intended to talk to the person that has been lost and describe to them how much they mean to us; they were taken too early:

Your book’s sad chapter came too soon
it feels so wrong, but we know it’s where you belong.
I’ll be waiting for you.
Let me take your pain away;
things won’t be the same.

The song is about heartbreak but at the same time giving hope that we will be seeing one another again soon, and we’re waiting for that day.”

Narada Michael Walden says that Charlie Mitchell is a superstar in the making. Who’s going to argue with him?

You can listen to Even After now via Apple Music and Deezer.