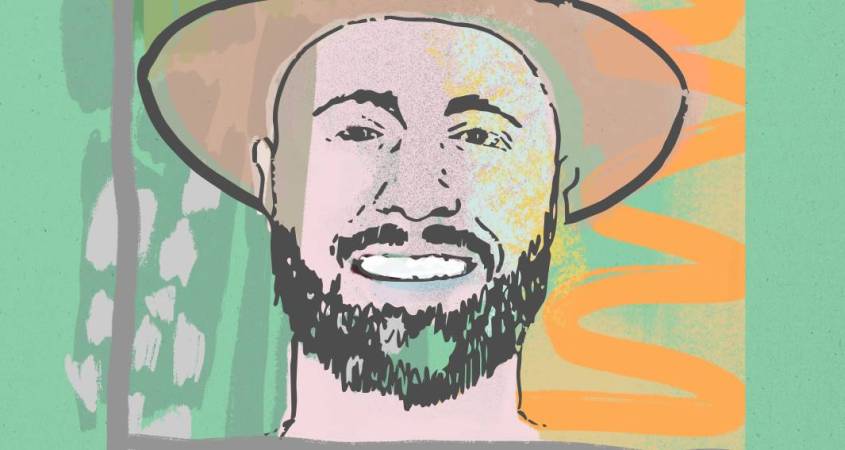 Like many artists, CJ Shaw has been affected by the disruptions of COVID since 2019 — when rapidly rising YouTube hits for his tune Anzac Biscuits earned him an Aria nomination for 2020 Music Teacher of the Year. Launching his new album All Sorts at Belconnen Arts Centre, he bookended the tracks from his album with anecdotes that gave context and engaged the audience in the processes embedded in their creation and production.

Performing to an intimate audience and accompanied by percussionist Steve Fitzgerald and Matt Nightingale on bass and Craig Greening on mandolin, Shaw (Guitar and Harmonica) showed his musicianship in the ease with which he navigated across the broad canvas of songs from the All Sorts album.

CJ Shaws up with great variety

All Sorts, titled for its variations, initially feels like a sampler but resolves into something more, combining the artist’s personal/emotional journey with historical/educational tunes and a tinge of classroom kitsch to reflect Shaw’s background as music educator, contemporary musician, and family man.

Drawing on folk style, Shaw brings story to the fore with songs like the acclaimed Anzac Biscuits, which features Greening on mandolin, and Ain’t Many Like Lenny, which, topically in this 90th anniversary year, relates the tale of a youngster riding his horse from Leongatha Victoria to Sydney in 1932 to witness the opening of the Sydney Harbour Bridge.

Shaw blended more-contemporary tunes such as Werewolves, which has a dobro feel, and Full on Heart (performed with Hannah Czaban on the album), with the straight-from-the-classroom Terminator Shades and the boppy, eco-focused Choose to Chew, whilst maintaining the core singer–songwriter relationship with his audience.

Three songs — Adelaide, Great Lyneham Divide, and One + One — highlight another vein in Shaw’s work, anchoring family, parenting, and place as strong elements in his writing, without being overly indulgent.

Steve Fitzgerald moved from his well-tempered drumming to the vibraphone to provide a decided shift for Lonely Road, for which Shaw acknowledged composer Allyson Newman’s assistance in orchestration. This tune, both on the album and live, delivers a more sophisticated feel and enhanced production values. Lonely Road maintains the folkloric links through Shaw’s tuneful whistled introduction but hints at his potential to cross beyond the folk idiom and his success in the classroom to appeal to a wider contemporary audience.

All Sorts, billed as a family gig, takes the listener on a pleasant musical journey that shows Shaw’s capability and versatility. With a style clearly based on his confident musicianship and experience in the classroom, where engagement is essential to success, CJ Shaw is able to entertain using a mixture of colours and textures, genre crossing, mingling nostalgia, classroom frivolity, and contemporary folk, drawing his audience into a shared experience of the music.

Whether Shaw, who has already experienced the profile-raising impact of the number of listens, can sustain this “box of chocolates” approach or needs to find and inhabit a more defined musical niche will be an important question for his longer-term success.

For more of Shaw head to cjshawmusic.com