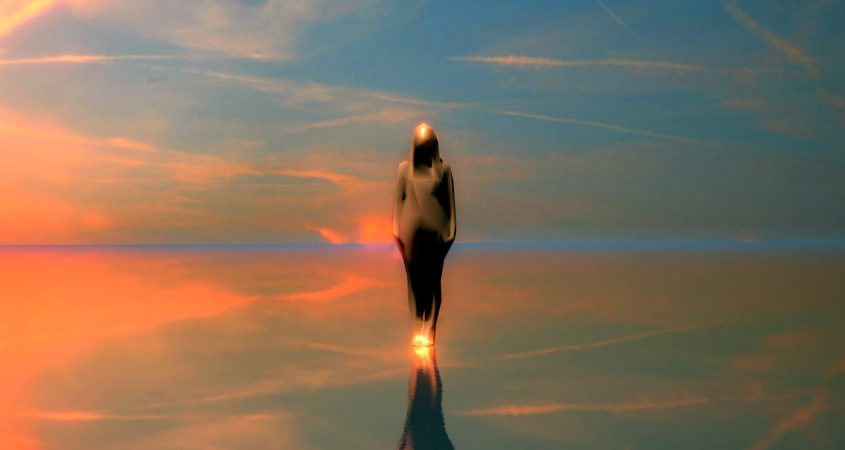 Between Words is the debut album for Canberra three-piece The Absentee. Whilst a vocalist is nowhere to be heard on this collection, the musicians’ voices come through loud and clear. And expertly so.

The seven tracks that make up this assortment range from high-velocity dexterity displays to more nuanced applications. Yet the common thread is apparent when the album is streamed in its entirety. Not only is it the masterful navigation of disparate time signatures, rhythms, and melodic structures but a seemingly effortless consideration for the art of dynamics.

When zooming in on some of the tracks, we realise the scope of such concerns.

For example, when casting our attention to Pandora, we not only get a rather sweet guitar introduction, supported by gently cascading drums and bass work, but by the three-minute mark the intensity grows into an assemblage of an accented volleys of that sweetness mentioned above, with a further amendment as it ascends towards a metal-focused segue, again, highlighting what can only be termed as the thematic engine of the piece.

Scenes like this play out all through Between Words. The juxtaposing, sudden shifts. The coursing musical mini dramas each player is perfectly capable of soaring through. It guarantees, if not a strictly emotional connection, then most persuasively the kind tilted towards wonderment.

This balance, of guitar, bass, and drums is well-honed, sprinkled along most of the tracks with what I can only term, controlled abandon. Yes, they all seem to let loose at various junctures along the way. Still, it’s all done with an integrated, progressive musical witchery.

And there’s that word right there— progressive. Let’s not call it prog rock, but this is just what it might be. And why the hell not! One must settle back when listening to Between Words; let all those hours the artists have spent fine-tuning, endlessly recalibrating their focus, their craft, guide you towards a more experimental musical experience.

And if one needs a nudge, one need only to refer to the album’s tell-tale sleeve design.

You can catch the launch of The Absentee‘s Between Words on Friday, 22 April – at The Basement Canberra with RED BEE and Clarity of Chaos. Tickets via Oztix.