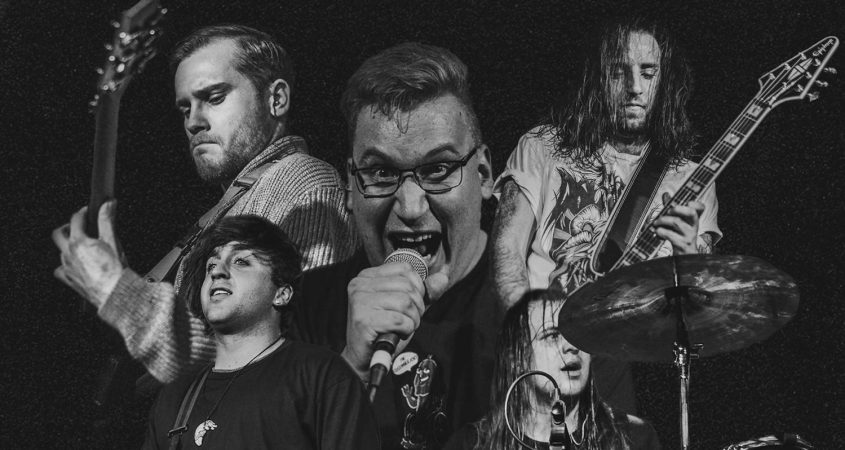 Ben and Rheece formed Canberra’s Chain Tombstone & The Dead Men in April of 2020 during the COVID-19 pandemic, a creative outlet for the two multi-instrumentalists. The band’s debut single Steel Chair Lobotomy was released mid-2020, and a debut album, Circus of Gore, in early 2021.

The band kicks off its debut album in a similar fashion. The gentle easing of Brace for Impact replicated in Dragged to the Underworld. And once again, they take the listener for a fast ride into that relentless underworld of speed slash death metal.

But not before opening the set with a brief instrumental that works as a kind of introductory experience. It’s a piece that’s semi sedate yet tinted with an air of expectancy. And what one expects, one gets.

The pummelling drama quickly envelopes us, and we’ve landed smack bang in the middle of it all. Riffs within riffs, cyclical tempo resets, turbo double kick patterns, and tom fills so explosive and brisk they’re more like snippets of jet plane samples.

Chain Tombstone & The Dead Men – gotta have it superfast

The tracks are consistently unrelenting and unrelentingly aggressive. Yet, they also reveal, like many death and speed metal bands tend to do, a depth of musicianship that no amount of acceding to metal tropes can reduce. Everyone here has put in a good healthy stretch of practice, and it shows.

The band veer from cyclonic speeds to less combative kinds with ease and dexterity, allowing for one of the show’s real stars to shine: the dynamic. In a sense, it’s all about this characteristic. Some tracks deviate from the superfast, such as Pigbat, with its lurching shuffle plodding, that nonetheless maintains the rise and fall within the five-minute blitz.

The vocal performances are the anticipated death growl embodiments. There’s a few slight turns here and there. Such as Sting of Torment, with its verses that seem to contain, quite disarmingly, a melodic propensity.

This kind of hyper metal—as I term it—feels like metal at its rawest manifestation taken to its logical endpoint. Faster, harsher, more brutal. That makes sense from a metal evolution point of view.

Chain Tombstone & The Dead Men’s new one explores and exploits the genre like it’s perhaps supposed to. Like it’s expected to do. And that will undoubtedly guarantee a willing and devoted audience.

And you can catch Chain Tombstone & The Dead Men perform their new LP – plus more – live at the Realm of Pain album launch at The Basement on Friday, 18 March from 7pm. Tickets via Oztix.