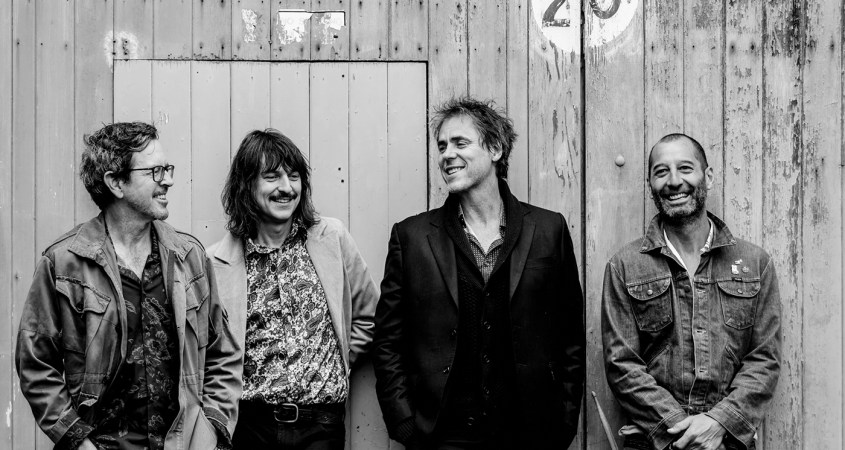 You know those kinds of moments, usually encountered during one’s teenage years, when you can see your life flashing before your eyes, but it’s only the really mortifying bits? Your subconscious double checking there hasn’t been anything quite as embarrassing as the moment you’re currently experiencing? Yeah, I had one of those when I realised that a technical hiccup had somehow resulted in me dropping my call with Tim Freedman.

“I’m pretty sure you hung up on me,” he says, when I get back on the line, apologising profusely, certain that I had just made the interview utterly irretrievable. He’s understandably less than impressed – before we got cut off, he confessed that he’d just got off an interstate flight ahead of the first show of the tour, and the fact that he was still adjusting to the time difference was clear in his voice.

In an attempt to shake off some of the awkwardness, congratulations are issued on the new album. Given it’s been 16 years since the last with the band, and 11 since his solo effort, Australian Idle, what’s it like touring new material again?

“Well, the first show’s tonight,” he says, almost suspiciously. “We spent the week playing the album again and again in rehearsals. The aim is to see how much we can fit and still have a cohesive show.

“We’ll be playing at least 80% of the new album each night, which is only really about 35 minutes. So a third to a quarter of each show will be new stuff, which will make it exciting for us, because any band will tell you that they prefer playing their new stuff to their old stuff.”

And it’s been 30 years since The Whitlams began. That means a lot of old stuff for requesters?

His answer is short and brutal. “I won’t be taking requests, so no.”

Ooof. Then again, anyone who’s been a fan of The Whitlams long enough to have a conversation with Freedman knows he does not suffer fools.

The Whitlams album in question

To the album itself then. It opens with a gorgeous cover of one of Megan Washington’s most beautiful compositions, Catherine Wheel from her 2019 Batflowers album, before it drops into a collection of songs that seem to spiral out from a range of influences, from ‘60s folk-rock to traditional ballads, almost all the way to the sounds of modern musical theatre.

Did some of his recent dabbles with the theatre – a cabaret show of Harry Nilsson songs, and the creation of a jukebox musical from the band’s hits – influence his creative headspace?

“Well, no.” Another blunt answer. “I did a few theatre projects… so I read that comment in the review of the Sydney Morning Herald about musical theatre, and I didn’t quite agree. I don’t feel as if I’m doing anything different than I used to do musically.”

I respond with a mixture of pride and confusion that I hadn’t seen the review in question; it was just my impression from multiple intense listens.

“Oh, good. Well, it must be something if two people have come to it independently. Well, I’m going to have to think about it. I don’t understand it… That’s a two edged sword, that one.”

I figure my joke about Lin-Manuel Miranda probably disagreeing isn’t a particularly wise one, thus I bite my tongue.

Then comes the question of youth and its place in the music industry. Did he feel it was a gamble, or even a cheeky metaphorical raised middle finger to the establishment, to make one of the first singles a track called You’re Making Me Feel Like I’m (50 Again)?

“I always talk about myself, and I’m in my fifth decade,” he says matter of factly, before counting out. “No, sixth decade… So there are mature themes, like insurance, and it’s obviously a drug album. I’m on 10 milligrams of a cholesterol inhibiting substance now. So, a lot of drugs involved. We’re just getting older and kookier.”

The elephant in the room

The time comes when we must acknowledge the infected elephant in the room: this is the third attempt Freedman and his bandmates have made to do this tour, with the previous two attempts defeated by Covid. How’s that impacted preparations?

“I have been trying to put a little bit of low level anxiety out of my mind,” he says, his tone proving he’s far from joking. “I’m worried that someone in the touring party’s going to test positive and we’ll lose a few weeks. And so we’re being very careful.”

But then, for a moment, he allows himself a little optimism. “I’ve just noticed today, the chatter is we’re coming back. Things are opening up… The dance floor at the Enmore Theatre [when we play] will be a much freer place than it has been in the last six months… there’s a lot of people still being very timid, because plans have been cast asunder so easily in the past.

“But I’m gung-ho; booking, advertising, playing a new album. I’m putting a country band together and going to Tamworth and Bathurst and touring New South Wales in August.

“I’m a little timid and a little anxious. But if I get 38 dates down the track and I’ve managed to put them all on, I’ll buy a very expensive bottle of champagne.”

And won’t it be well deserved.