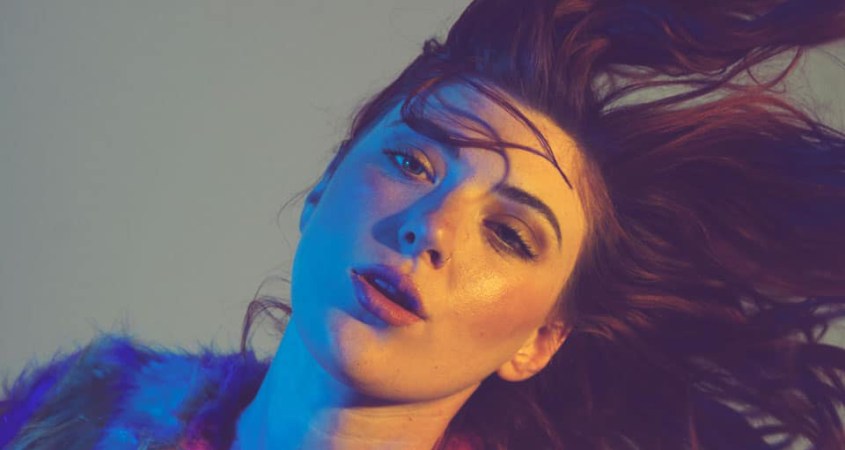 Canberra Comedian (now Melbourne-based) Frankie McNair has been going from strength to even strengthier over the years, selling out shows (including the Canberra Comedy Festival) and honing her craft along the way.

So it seems only fitting that she is one of the hand-picked comedy folk to send off the final two weeks of comedy at the Civic Pub.

Before her show this Thursday, 20 January, let’s learn a bit more about what makes that beautiful brain of hers tick.

I always loved comedy but it never clicked that it was actually something I was allowed to try. But in 2017 I saw a bunch of boss ass young female comics from Canberra, Like A Lady, and was like, “Oh shit! Wait! They are like me! I’m allowed to do standup?! What the fuck?!”

It’s stand-up and sketch but heaps gayer and with an artistic lack of segues.

[If this were a few years ago, it would be] “Hey TV Exec! You know Liza Minelli? What if she had a fever dream about being 25 and living in Canberra?”

Daytime comedy is always weird. Especially if it’s a charity gig, then it’s straight up cursed. People are just very polite but confused as to why you are suddenly talking at them while they are trying to enjoy a mimosa for a cause. And look… fair enough.

Comedians hate being asked “tell us a joke” when people find out they’re comedians. So… What’s one of your favourite jokes? (either of yours, or someone else)

Tom Walker’s impression of a French Bulldog (go and look it up and thank me).

I think it’s connection with others, love, growth, and finding a life that brings you fulfilment and others joy.

In what fucking world would a heckler be a “help”?

Imagine if you’re at work giving a presentation you’ve worked real hard on. In fact, you’ve stayed back late for weeks working on it – you’re not being paid extra for your time, you do it because you finally have been given a project you are passionate about.

The day comes. You hit F5 and the first slide comes up and then…BAM! Jack from payroll starts shitting on the font you’ve used. You smile politely and try to move past it, but in between stuffing his face with the lamingtons Carol brought in for the whole team, he keeps interjecting with suggestions of what a better font choice could have been.

Your presentation is ruined and no one else gets Carol’s delicious lamingtons.

Now, is Jack a hero? Or a fuckwit?

Look, I actually have a lot of sympathy for hecklers. I think that people just want to be seen and acknowledged and if you’re not feeling great in that respect then heckling is a way to get that need met. Hecklers are just scared they are gonna be forgotten.

A sold out show.

A) Ferris Buller’s Day Off

B) The Little Prince

Please come and laugh with/at me.