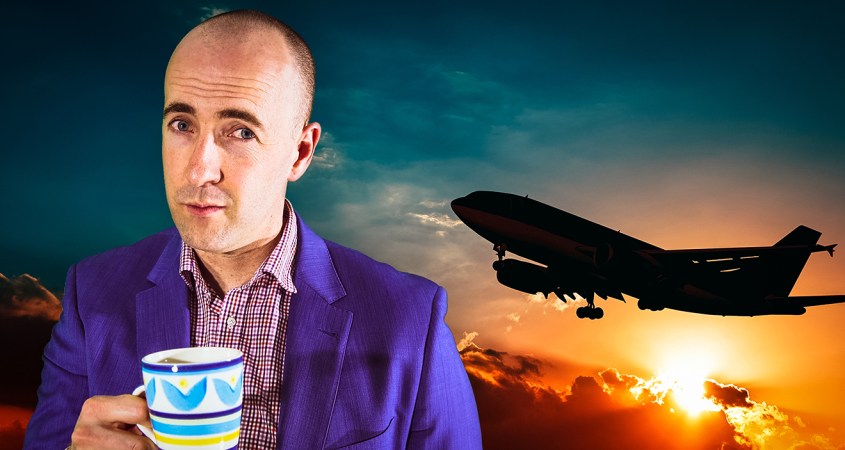 Chris Marlton “interviews” the legendary Tennis maestro, Novak Djokovic, about his stance on COVID, his love life, and most importantly, his chances in the upcoming Australian Open Grand Slam.

I’m standing in the staff elevator of the Park Hotel in Melbourne, gently humming the theme from Mission Impossible to myself. I’m technically here with permission, but I still feel a little bit sneaky. To my right are the two personal bodyguard/assistants to Mister Novak Djokovic, arguably the greatest tennis player of all-time.

Djokovic assistant number one is named Mandy Van Den Hull; six foot, four inches tall, with a strong South African accent. She’s wearing a 5.11 Tactec Plate Carrier military grade bullet-proof vest in neon purple, and is holding a gold-leaf Kalashnikov, loaded and pointed at my right knee. A strong smell of Caron Poivre is masking another, more appealing but less refined, odour. The combination reeks of new money, which is something I’m not here to investigate, but am growing more and more curious about.

Djok-assistant number two’s name is Debbie Hockley, former all-rounder for the White Ferns, New Zealand’s national cricket team. Now almost 60 years old, Hockley bears a striking resemblance to Dame Judy Dench, but is carrying a cricket bat, and I’m not prepared to find out if she’s still as strong and as accurate as ever. Hockley winks at me, and I feel both threatened and comforted in equal doses.

The duo are an impressive entrée to my official interview with infamous anti-vax tennis star Novak. I don’t know how much he’s paying these two imposing individuals to work for him, but it’s obviously a lot. It immediately lets me know that he means business.

The journey to Djokovic

Mandy and Debbie escort me down a long, shadowy corridor of the hotel, past multiple Victorian and Federal police officers. Mandy lunges at one of them, who flinches, stumbles and falls backwards into the wall. The cops are afraid of them, and rightly so.

Following an elaborate door-knocking code, the door to the hotel opens, and the two bodyguards invite me inside.

There is an air-lock arrangement, where the three of us are sprayed with 88 degree hot water for 245 seconds. My clothes are soaked, but both Debbie and Mandy’s clothing appears to be water-proof.

Keen to earn his respect, I attempt an Ace early on in the interview, asking him immediately about his stance on COVID, and why he won’t get vaccinated. His reply was astonishing:

I’m a huge fan of the UK television show Countdown, he said, I’m sure you’ve heard of it. Over here in Australia I believe they call it Letters and Numbers. Well, the COVID numbers have been growing all over the world, haven’t they?

I don’t know how to respond tot his, so I remain silent. He continues:

Well, they have. The COVID numbers change, but the COVID letters, C-O-V-I-D remain the same. From day one, just the same five letters. That’s not equality. We’re living in the 21st century, all I want is simple equality between letters and numbers, like they have on UK television smash hit gameshow Countdown, and then I’ll get the jab. It’s THAT simple.

I wish I could say I asked him more questions about this, but I was so shocked at the simplicity, genius, and stupidity of his answer, that I was left dumbfounded. I squint at him, and change tact, asking him how his family is. He smiles broadly, and opens up:

My wife, Jelena, has taken up Judo. She’s competing for Serbia at the next Olympics.

I was compelled by his frankness and his blatant honesty about his wife’s pursuit of martial arts on the global stage. His honesty has won me over.

I venture another question, this time asking about tennis and how he feels he’s going to go in this year’s Australian Open. He tenses for a moment, then relaxes.

Chris Marlton is a comedian, writer, painter, and film-maker. His Canberra Comedy Festival show Mephisto Waltz is on 23 March 2022, tickets on sale now at www.canberracomedyfestival.com.au/event/chris-marlton-mephisto-waltz/

Chris also runs a monthly stand-up comedy night at The Front in Lyneham. Upcoming standup comedy tickets are available at www.linktree.com/3blindmen, and you can follow @threeblindmencomedy on Instagram and @ChrisMarltonComedy on Facebook.