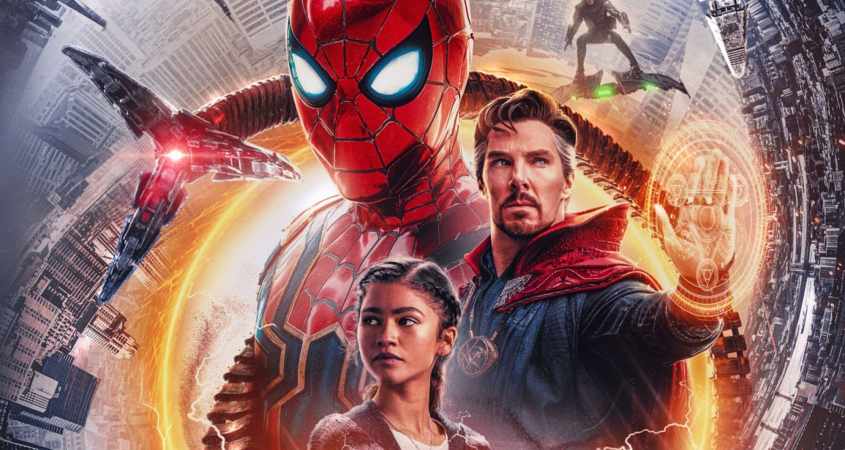 In the opening of Spider-Man: No Way Home, a villainous revelation of Spider-Man’s plainclothes identity exposes his loved ones to danger and compromises his effectiveness; so Peter Parker pays a visit to Dr Stephen Strange to beg him to cast a spell causing everybody to forget his identity as Spider-Man.  But Peter’s impetuosity leads to a major problem: rifts in the boundaries between several universes.  And the result is mayhem as various villains from Peter’s past are wrenched back into his universe.

The movie’s special effects are as spectacular as we’ve come to expect of Marvel, but in Spider-Man: No Way Home their use not only provokes a major sensory experience; it also invokes a delicious sense of joining up a number of plots, worlds, and personal characteristics to form a whole greater than the sum of the various Spider-Man movies.  More interestingly still, the plotting behind this adventure, little short of ingenious, brings us face to face with questions concerning previous Spider-Man movies that we didn’t imagine had answers.

As in most of its movies, in Spider-Man: No Way Home, Marvel fully lives up to its name.  A well-integrated combination of character development, spectacular world-building, and plotting imaginativeness makes no boundaries yet apparent on the Marvel Cinematic Multiverse.