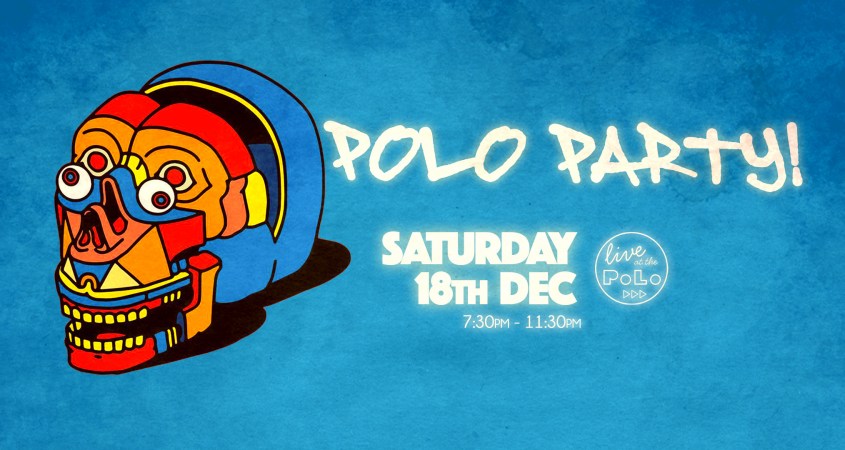 Hot Tix brought to you by Allan Sko

It’s the end of sodding 2021, finally. Classically, the Dec/Jan season is a merrymaking highlight of any calendar. This year, we’ve got a plentiful pack of pent-up party energy to burn.

So what better way than with one of the following, eh?

Read on, get in, and rock out.

As you know, we here at BMA Magazine are staunch supporters of great Canberra live music. This edict is more than satisfied by the Polo Party!, showcasing four of Canberra’s best and brightest. To whit, there’s 8-piece explosion of Latin reggae energy that is Los Chavos; the sublime rhythm engine creators Kopasetic; the boots n all rawness and real pub floor abandon of Nina Leo; and the catchy guitar riffs and unapologetic lyrics of 5-piece punk rock band The Dirty Sunflowers. It’s a hell of a way to cap off a challenging year in carefree, rollicking good fashion. 7:30pm – 11:30pm, $25 + bf via trybooking.com

Between 1972 and 1985, The Bunters toured Australia ceaselessly, earning a reputation for good-time, soul-satisfying blues-infused boogie. They built a fanatical cult following, eventually hitting the national touring circuit, playing six-nights-a-week for years. The band became fast friends with George Thorogood during three tours together, culminating in George recording The Bunters’ song Boogie People as the title track off his 1985 album. Canberra Blues Society welcomes them, and you! 1pm-4:30pm, CBS members $5/$10 + bf via Humanitix

The Strides blew the roof off Smokey Horse earlier this year with their amazing 7-piece outfit, featuring legendary frontman Ras Roni hailing from Barbados via London. This time, they are retuning with a full compliment of 9 band members. Fijian vocalist LTL GZeus and Sierra Leonian Blacka C will be joining the epic night of top shelf roots and reggae music, showcasing dance hall, hip hop, and dub influences. Support on the night is by local Braidwood legend Lily Morris, with a solo set of her charming, understated, and effortless original songs. 5pm, $11.64 via eventbrite.com (late news; may be sold out)

Come all ye faithful for a Christmas Eve-eve of rock ‘n’ roll, libation, and boogeying if yer so inclined. IL Bruto will be serving up a smorgasbord of garage, punk, blues, and surf infused rock ‘n’ roll for your enjoyment. Despite the paucity of gigs this past year, the IL Bruto boys reckon they can mostly remember how the songs go. If need be they’ll wing it, and with your presence a fun time will be had! Doors 5:30pm, gig 6pm – 8pm, tix $15 of your Earth dollars from smithsalternative.com/events

Quivers’ life-damaged but hopeful jangle pop has returned with a long-anticipated second album, Golden Doubt. Out on Spunk Records in Australia, this album is full of the driving rhythms and harmony driven pop that comes most naturally to Quivers. Musically, it plays with the ghosts of ‘80s Australian guitar bands and the spirit of R.E.M. and Teenage Fanclub, with a distinct lyrical directness. Pitchfork called it “absolutely glorious” and “like a Go-Betweens with Coachella conquering ambitions”. 7:30pm, $20 + bf trybooking.com

Royale With Cheese / Rage Against The 90s / Sat, 22 January / The Basement

Royale With Cheese is Australia’s premier ‘90s rollicking party show, playing rock and pop covers – including Seattle-sound to grunge to Britpop and all the best Oz Rock – from one of the greatest and most influential decades in rock music. Comprised of five experienced musicians, the ‘Cheese bring all your favourite ‘90s covers from Nirvana to Spice Girls and everything in between. Come as you are to smash pumpkins and Rage Against The 90s!  From 7pm, tix are $50.75 from oztix.com.au