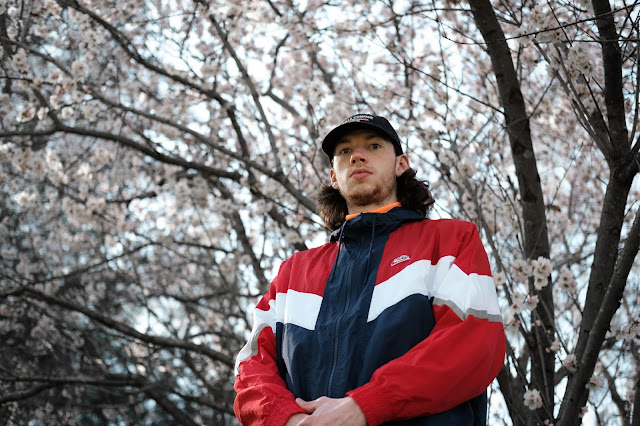 Canberra-based music artist DMC has a new release titled Memories. The single is his fourth and is already attracting attention, with triple j calling it, “super-catchy… a real jangle-pop nugget”.

From the onset, with the buoyant bass line introducing the equally insouciant drum groove and funk-pop style guitar flourishes, the track establishes a free-flowing, easy-going centre from which DMC’s celebratory dispatch reveals itself. The jaunty nature invokes a somewhat naïve musical sensibility; fittingly, one might argue, considering the man’s declarations and outpourings.

The opening lyric of the chorus will undoubtedly get hijacked by besotted bliss seekers everywhere. If one needs to proclaim the statement, ‘I’ve been thinking about you again’ through the conduit of a pop tune, look no further than DMC’s latest.

DMC on the Big L

The chorus goes on to refer to memories ‘trapped inside my brain’. The negative connotation of ‘trapped’ echoing the unconscious regurgitation of fresh, head-recalibrating imagery associated with discovering the complexities and sledgehammer effect of romantic convergence.

Aye, this is what DMC is reliving; sanctified moments. But perhaps ones he obviously has no hold over. And just as this sense of control loss has impacted DMC, and the lyric’s cleansing tone, the musical accompaniment also attempts to mirror the somewhat wild nature of the experience.

There are moments between the upswing of the chorus when the sparse production and the restrained instrumentation allows DMC’s vocal to attain a conspicuous level of intimacy that that one can easily perceive as authenticity. And rightly so; this is how the song weaves its way into your brain.

The track’s hook encompasses a totality. It is not necessarily concentrated in one area but instead strewn all through its quixotic temperament. It’s feather-light and modestly honeyed, making for a solid pop experience.

Keep up with DMC via his linktree!