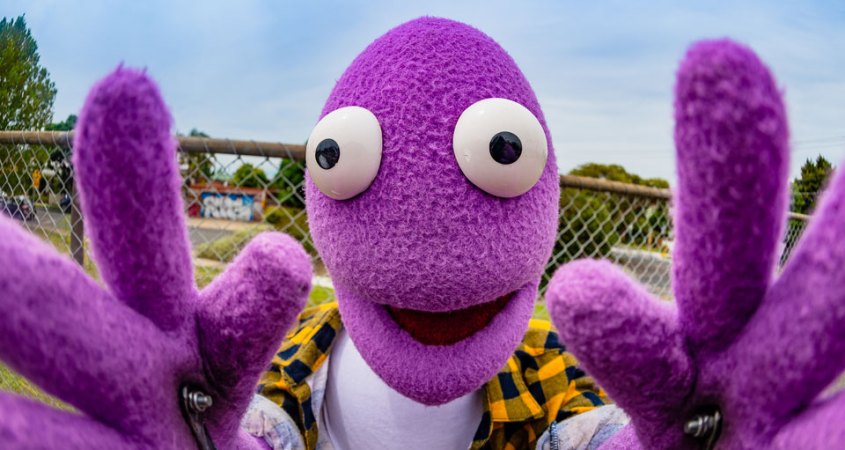 Art never went anywhere during the lockdown, but NOW we can actually go and EXPERIENCE it… Like in the Before Times!

As such, BMA has lovingly gathered together some of the best and brightest artsy happenings the fair city of Canberra has to offer.

Last year, radio drama returned to ArtSound FM, Canberra’s arts and music community radio station, with the addition of ArtSound Radio Theatre. It’s now celebrating its first anniversary. “Local writers and actors have enthusiastically taken on the challenge of producing work for radio,” says program producer Bart Meehan, a prolific local playwright. Each 30-minute episode, heard Sundays at 4pm (repeated Tuesdays at 4pm) features one or two short plays. Many are original works by Canberra region playwrights, while others are sourced from the ArtSound archives or are new productions of classics. Must-listen

WHO: A Christmas Carol
WHAT: Festive classic; 30 characters by 5 actors
WHEN: 26 Nov – 4 Dec
WHERE: Canberra Rep

Directed by Antonia Kitzel, A Christmas Carol is REP’s first production following the recent COVID lockdown and is a welcome return to the stage. Join Ebenezer Scrooge on his journey of redemption as he faces three ghosts who teach him the true meaning of Christmas, and the joy that giving yourself over to love and compassion can bring. This adaptation by Abigail Paul was first staged in 2015 by the Theatre Language Studio Frankfurt. In REP’s 2021 rendition, all 30 characters are brought to life by a cast of five actors. All tickets $20, check canberrarep.org.au for times and availability

WHO: Marky Worthington
WHAT: Open Mic Comedy
WHEN: Thu, 7 December
WHERE: The Basement

Beloved local comic Marky Worthington and his third-Tuesday-every-month open mic comedy nights are gaining popularity with each iteration. Whether you’re a seasoned professional looking to tryout some new stuff, or if it’s your first trembling step on the ‘boards, head on down and check it out. When it comes to bookings the “First In Best Dressed” rule will apply. There are 16 bookable spots. Or, of course, be a part of the audience and come along for the laughs and a bite to eat from Chompy’s while you’re at it! To get involved, or for more info, email markyworthingtoncomedy@gmail.com

WHO: Randy Feltface
WHAT: Puppetry of the Genius
WHEN: Thu, 16 December
WHERE: The Street Theatre

After selling out festivals across the country, everyone’s favourite felt-faced comedian is bringing his finest hour of stand-up to The Street for two nights only. Randy started doing stand-up comedy in 2005 and has since given birth to seven critically acclaimed solo shows. He has appeared at Fringe, Comedy and Music festivals, performed on major stages in regal theatres and gigged in sticky-carpeted beer-barns from Edinburgh to Hong Kong, Galway to New York and Singapore to Sydney. 8:30pm, tickets $35 + bf from thestreet.org.au/shows/ccf-randy-feltface

WHO: Van Gogh Alive
WHAT: Huge touring digital exhibition
WHEN: From 5 March, 2022
WHERE: Parkes Place Lawns

Created by Grande Experiences, Van Gogh Alive is a large-scale, multi-sensory experience visited by over 8 million people across 75+ cities around the world. Immerse themselves in Van Gogh’s artistry and truly venture into his world in this digital exhibition. Van Gogh Alive is housed in The Grand Pavilion, a giant, 70m X 25m bespoke marquee; the largest touring showroom in the southern hemisphere, featuring a themed bar & café space. The Canberra season opens during the Enlighten Festival in 2022. Make no mistake – this is no ordinary art exhibition. Bookings + info: vangoghalive.com.au