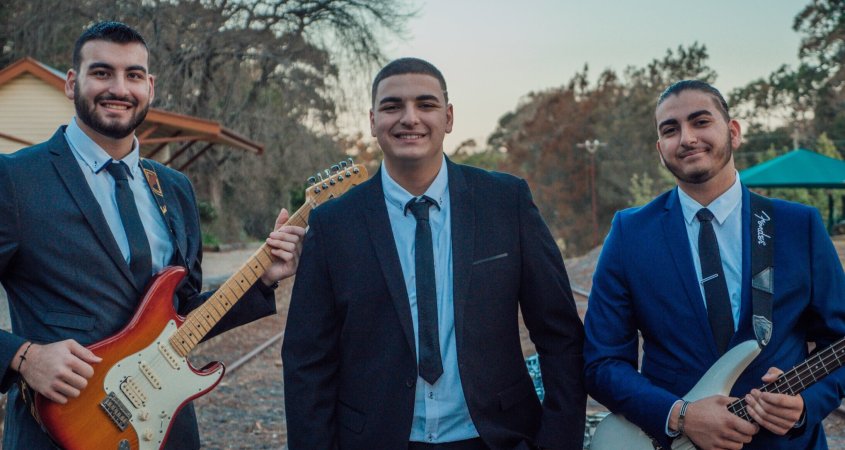 Saba Brothers You Should Probably Go review by Vince Leigh

The Saba Brothers have been releasing tracks since 2016, attracting and maintaining a healthy fanbase and refining their sound with every new release.

The Sydney based trio has now dropped their first track in two years, a power pop-rock trip that features all the elements you might find in a Coldplay slash One Republic slash Ed Sheeran hybrid—a subtle melodic sweetness, set against a rousing disco-rock groove, galvanizing chants, a digestible lyric and somewhat restrained performances that are a logical, palatable match for the larger-than-life soundtrack.

You Should Probably Go might take its cues from the contemporary pop-rock world, but the notable point of difference is the vocal sound. It’s the kind that can only emerge when three siblings harness their natural singing wares.

Saba Brothers put up during lockdown

It’s no wonder the boys have also upped their game in the playing and performing department. As they explain regarding their time in lockdown:

“Overall, we’ve been able to utilise the lockdown period over the last couple of years. We’ve increased our skills and take our music to another level since our previous release.

“Not only our music, though also our management skills and views/goals for the future.”

The track blends a series of searing melodies, considered dynamics and an assortment of instrumentation to create this new musical palette. Acoustic guitars, rock guitars, stadium drums, and a multitude of ambient textures expand the track. These showcase the hooks, harmonies, and the direct yet exploratory mood of the song.

As Raymond says about the new track:

“Our new song is about building the resilience to overcome a broken relationship.”

“We wanted to capture the perspective of the fight between the brain and the heart. The brain that has all of these beautiful memories. The heart that’s been broken by that same person who made them feel so safe.”

As Nathan says about the significance of their new release:

“I think it is important for our audience to know that as brothers, music is something that keeps us bonded together. Our values are instilled in our music.”

You Should Probably Go highlights the band’s considerable musical development, fused into an undeniable contemporary pop-rock experience. It should appease fans, and attract a whole bunch of new recruits.

You can listen now on Spotify.