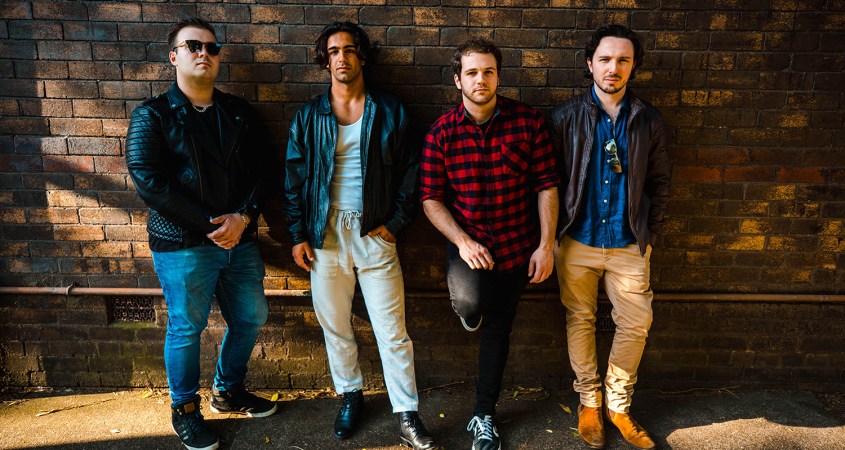 Miles To Midnight Walk Away review by Vince Leigh

Sydney-based six-piece alt-rock band Miles to Midnight (M2M) has released Walk Away. This is a nice teaser ahead of their anticipated debut album Out of Time, due 3 December 3 this year.

The song harnesses an array of musical influences; just one part of the evolving ethos of this emerging Australian outfit. As founding members Josh Mason and Sam Morrell have said about the band’s contemporary hybrid style:

“We decided that we would view the future as an opportunity to explore new musical styles. Create a band that would be able to perform unique, versatile and exciting songs for fans of any genre.”

Miles To Midnight – for rock lovers old and new

Walk Away is just that song. An alt-rock amalgamation that’s as accessible and soul-searching as the best introspective musical experiences can be. The band’s genre-blending is not surprising considering their approach and background. As the band says:

“We’re a pack of rock fans who aren’t afraid to try new things. To blend different sounds and influences into something we hope rock lovers old and new will love. We’re super hungry and ready for whatever comes our way.”

Walk Away kicks off with a cyclical guitar part amid a series of accents. The song quickly settles into a straight driving rock groove, with muted guitar and added synth textures.

The chorus arrives, and the track expands into quite a panorama of sound; smoothly uniting a half-time feel with a robust main hook. Reminiscent of some of the memorable rock records of the past—think part Def Leppard with a touch of Boston, and you get the idea—this dramatic surge is coloured with a post-grunge sensibility that makes for an intriguing and satisfying record.

Walk Away features hooks, on-point performances, and a lyric that’s equal parts catharsis and liberation. Blending some of the rousing motifs of a stadium foot-stomper with the poignancy of a brooding classic, Walk Away is sure to attract across-the-board support and a legion of new followers.

You can check out Miles To Midnight, and Walk Away, via triple j Unearthed.