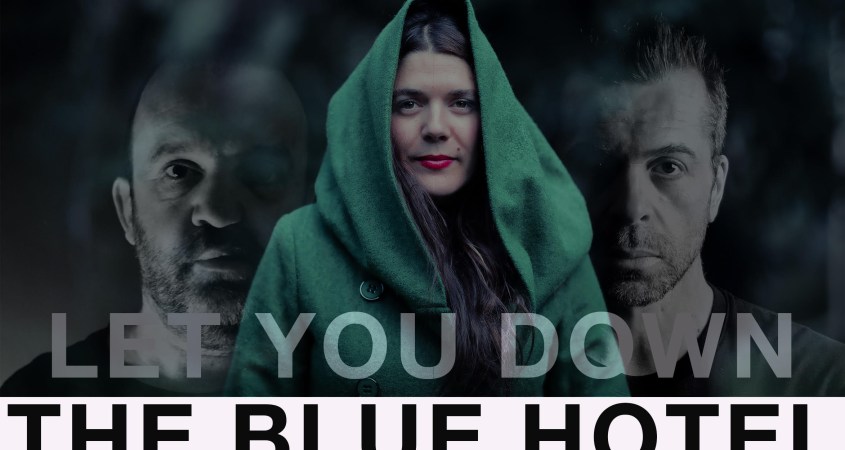 The Blue Hotel Let You Down review by Vince Leigh

Melbourne-based indie-pop band, The Blue Hotel, has released Let You Down. The single is the follow-up to Silence from earlier this year, which established the group and its eclectic contemporary pop style.

The trio of Jenna Roubos (vocal/piano/synths), Nathan Thomas (guitar/vocal/synths), and Benjamin O’Brien (drums/beats/percussion) have once again created a genre-defying hybrid that merges late-night club grooves and subtle melodies with electro flourishes and the more traditional sounds of piano and guitar.

After a series of releases, including the band’s debut EP Stand in Gold, The Blue Hotel has worked up its sound, affirming creative ambitions with more singles and the 2019 EP Into the Firelight.

The Blue Hotel as a House of Hope

The COVID lockdown, aside from throwing society as we know it into chaos, was also an opportunity for people to take stock. With creatives, it was perhaps an opportunity to reassess their work practice. The Blue Hotel were just one of these groups.

As they say about the inspiration behind Let You Down:

“It was written during the second, long Melbourne lockdown. It was just stream of conscious writing which refleced the temper of the times. There was a feeling of loss and uncertainty; a sense of searching for something more than what is being offered.

“On top of that, there is a truth to not wanting to let the ones you love down. It is a song of hope.”

Let You Down features a myriad of attributes.

The song’s subtle melodic focus is underpinned by a self-assuredness and attention to sonic detail. The production utilises keys, synths, guitars and varied rhythmic accompaniments to highlight a low-key yet effective indie-pop work.

Containing a slight hint of the ’90s swirling in its veins—think Massive Attack meets Everything But The Girl—Let You Down manages to reach a satisfying peak. It builds with careful layering of parts and attentive programming.

And, perhaps most persuasive of all, is Jenna Roubos’s understated yet achingly resonate vocal performance.