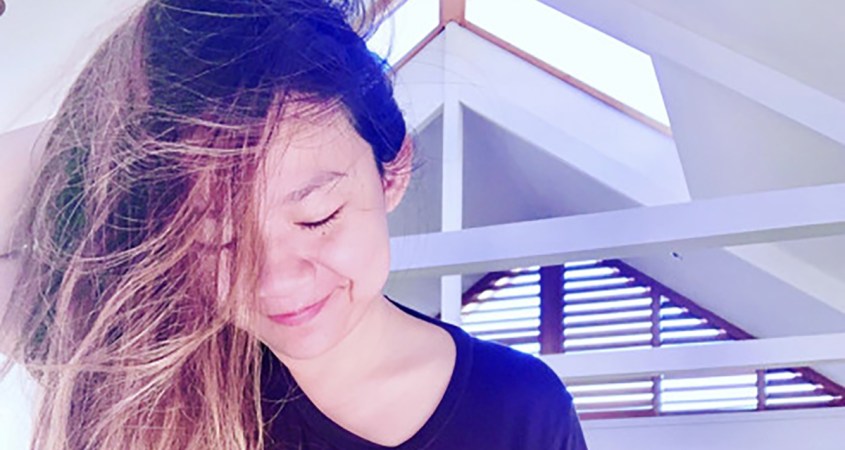 Emerging Melbourne-based music artist Echolily has just released her third single, Mind Spin. The new track is another contemporary alternative pop exploration; however, Echolily extends and pushes the genre to include dance.

Although Mind Spin is not overtly a pure dance track, there are moments during the song, most notably concerning the rhythmic components, where an electro-dance groove is established. This not only acts as a dynamic counterweight to the atmospheric washes, and Echolily’s luring vocal performance, but also infuses it with energy—subsequently acting as yet another hook.

The track is not a clear departure from her previous releases, Under the Clocks (Stay) and Higher, yet is more a merging of the stylistic qualities. The melodic surprises are still there, as is the bold vocal choices. But Mind Spin is a more a unifying blending of Echolily’s musical sensibilities.

With an extensive list of previous radio ads to her credit, including SBS Chill DAB, Flow FM Network, and Triple R, Echolily’s new track is a multidimensional foray into a musical terrain that utilises technology to full effect yet also imbues the work with a raw edge.

Echolily & The Different Stages of Intoxication

As Echolily says about the origins of the new song:

“I wrote Mind Spin after a fun wine-filled night out with a few girlfriends who were all heartbroken at the same time. In vino veritas, am I right? Wrote the whole song in one night. Mind Spin is about the different stages of intoxication, where inhibitions are lost, and true colours unravel.”

“The first draft was actually a more trippy beach summer lo-fi kinda vibe,” she reveals. “I was not too happy with that. I needed more character to the song. So I sent it over to my dear friend, Andrew. He changed the beat and gave an alternative dance vibe to the song. Loved it so much, we decided to stick with it!”

And the result is a joyful experimental pop release for this emerging maverick of Australian music.

You can listen to Echolily via Spotify or Soundcloud.