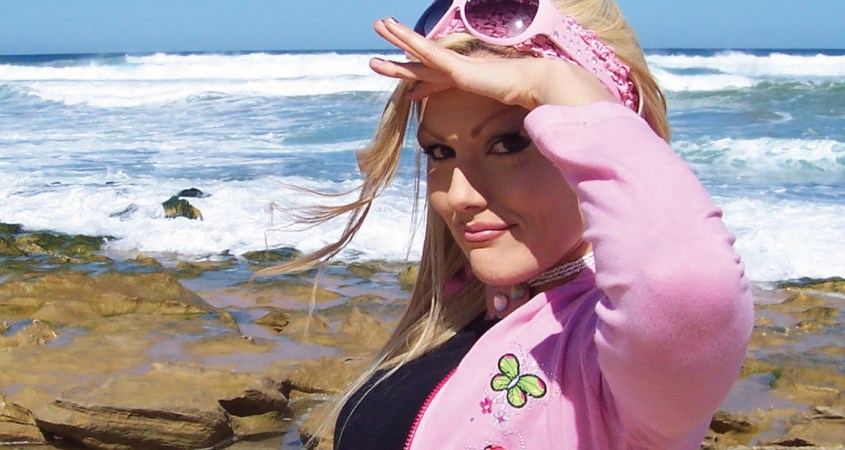 Julie Haigh Hold On To Love review by Vince Leigh

Australian singer-songwriter Julie Haigh has been touring and gigging for a while now, performing professionally as a solo guitarist/vocalist in local venues. She then became lead vocalist/guitarist of various high-profile duos, trios, and pop cover bands in both Melbourne and interstate.

It’s called honing your craft. And as her single reveals, all that board-treading comes in handy.

It’s only recently that she has stepped out on her own, with a debut EP release, Never Too Late, and this work, the lead track Hold On To Love. An accomplished musician—fifth-grade classical guitar with first-class honours, to be precise—Julie has performed at some of Australia’s most prominent venues. She’s appeared on Foxtel sports TV, performing the opening songs for pre-match entertainment. And she’s sung the national anthem at many major boxing tournaments.

Julie began writing songs about her real-life experiences while painting full time. She has since resurfaced from the pressure of the day-to-day grind; her newfound attitude, and no doubt energy, exposed on Hold On To Love, a country-rock-tinged pop amalgamation of considered melody, strident vocal performance, and a direct lyric that explores the complexities of defiant, determined love.

Julie Haigh Holds On To Love In Both Word and Deed

As Julie says about the new track:

“My partner and I were in a tumultuous relationship for nearly five years, but we knew we loved each other deeply. We agreed it was a once in a lifetime love. I wanted to convey one message in the song. No matter how tough true love is, no matter how many obstacles you might face, no matter how much love might hurt; the pain is worth enduring.

“There is such a thing as true love, and it’s precious. It’s irreplaceable.”

I’m sure many will agree with that sentiment. Julie espouses it with conviction and a certain kind of persuasive earnestness.

But the track is a zippy musical ride also, taking its cues from a retro version of country pop-rock.

As Julie has said about the track’s stylistic treatment:

“When recording the song, I wanted it to be pretty upbeat, with a bit of a country-rock vibe, something along the lines of Shania Twain, something you could maybe dance to, or at the very least tap your foot along to.”

Upbeat it is—as well as being a relatable, accessible, pop-rock experience.