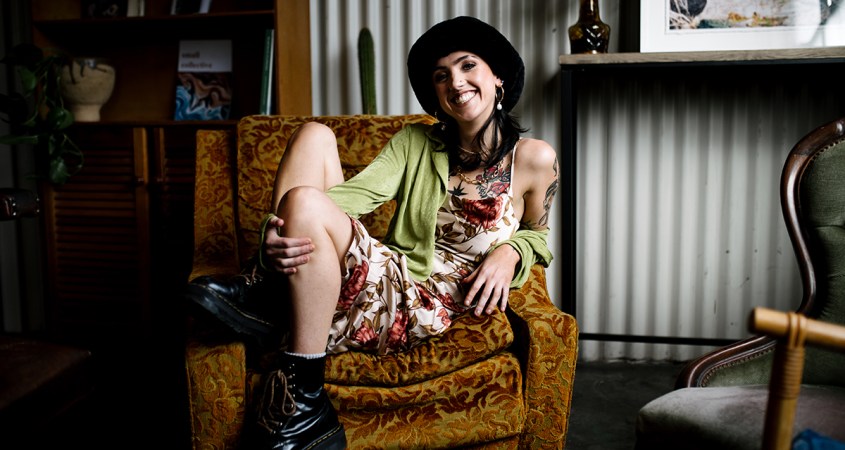 Since the release of her debut Tyro Dreamer in 2018, Groovy Daughter has enhanced her performance profile. She did series of shows with Slum Sociable, Thandi Phoenix, and Groovin the Moo. Never one to rest, during the 2020 pandemic, she took part in a series of online events. This included a performance on the Isol-Aid line up alongside Courtney Barnett and Alex the Astronaut.

Groovy Daughter has once again worked with Warm Water and Kay Ansah on this new release, fleshing out the fall-out from a soured relationship with an assortment of elements, including a sly groove, quirky percussion, atmospheric swells, and her sensual yet assertive vocal.

Lyrically, Groovy Daughter pulls no punches on this latest. She utilises a terse series of proclamations to establish the title’s straight-shooting articulation. Most engaging is the unexpected sonic backdrop to the affirming decrees, the irony solidified by a high chill factor feel, with an ever-present muted guitar part eagerly acting as reinforcement.

The vocal performance here is R&B flavoured. This helps intensify the lyric’s semi-eruptive spirit, putting smouldering dark layers to lines such as:

If not fighting words, then very close to it. Juxtapositions just work.

Consider the optimistic, love-filled chorus set against a minor chord sequence or a major set of chords underpinning a doomsday narrative—they fulfil our expectations to a point. That point then becomes the focus and, in turn, a more enticing musical experience.

I Don’t Care employs this dichotomy. The chorus’ smooth melodic hook pulls one into the lyric’s defensive avowals, the emotional bruises well and truly on show but quite exquisitely ordered and revealed.