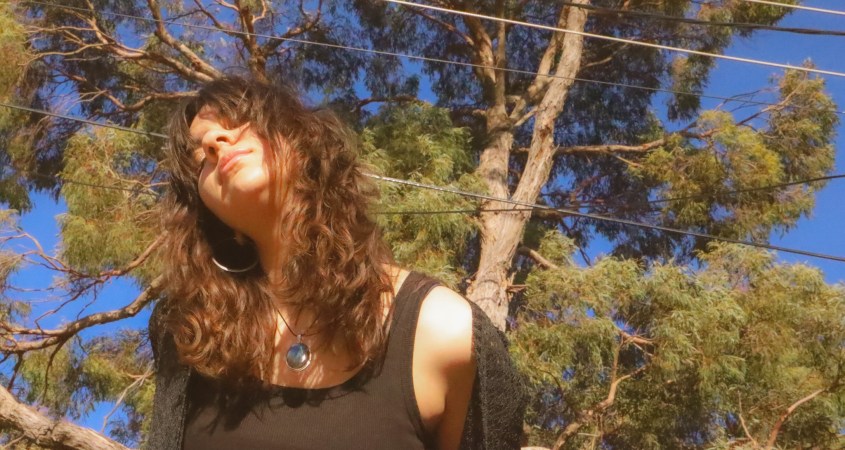 Alongside the garage blues rock energy of Break the Renegade and meditative minimalism of Recover is a broad sweep of guitar-led tracks whose ringing and riotous muscle engender an effective distillation of what is the more prominent, central element. That is, the certitude of Nina Leo’s performance.

Listening to this collection of tracks was akin to sitting at the back of a packed bar, assuaged by the ragged soul of Nina’s tone, entreated by her piqued stance, intrigued and in agreement with her when she proclaims:

I can’t be runnin around with you
holding hands with the devil.

That line is from Fool (You’re No Good), a relentless reckoning that utilises a straight-through-the-heart groove and plenty of that unyielding guitar.

The song follows the EP opener, Spellbound, a languid, blues-based no man’s land soundtrack whose tense attributions seem to preview Nina’s thematic preoccupations, the determined parts of her probing and pleading.

And when we hear ‘Why can’t you tell me what you want from me?’ from the title track Fake It, it leads us to ponder our own affinities, with just as much uninhibited alarm. Just what is the answer to that question?

There is restraint and abandon here in mixed measures, spread across the five songs. But there is perhaps, most clearly of all, a vividly assigned temperament. Forget the pop hooks, the paint-by-numbers affectations. Fake It offers something else, something more—a glimpse into ripening artistic machinations. No mere figment but the progeny of rock spirit; a continuation, sans the retrograde facades and pretence.

Nina Leo’s debut collection of tracks convinces not only by its focused writing, resolute execution, and raw strikes and swings, but also by an emphatic uniformed coherence.