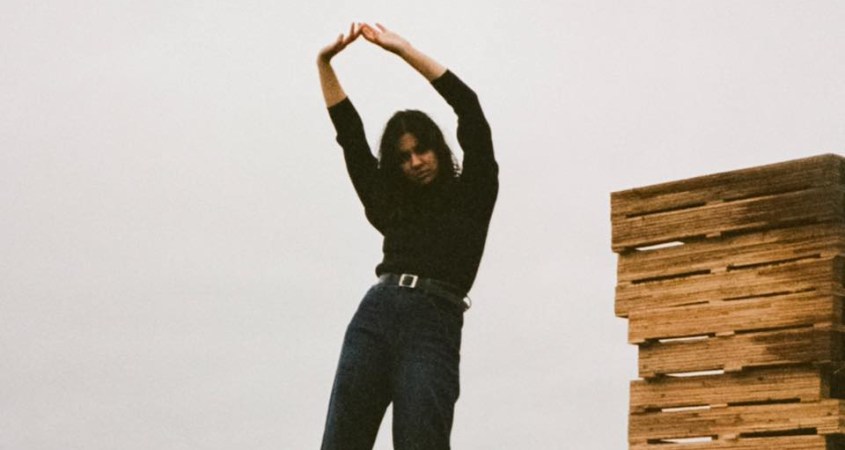 Canberra music artist Nina Leo has been performing locally as frontwoman and guitarist of The Differs and opening for many known Canberra locals such as Slow Dial, Charlotte & the Harlots, Parklands and many more. Her debut solo single Recover has just been released with an EP due near the end of 2021.

The central melodic motif around which Nina has structured Recover is a circuitous designation of notes, woven to a direct and undoubtedly personal lyric.

Minimalist by design, the track also harnesses a wash of subtle textures and sonic garnishes, spread throughout, helping to provide a complimentary yet almost diametric backdrop. The rawness is juxtaposed by these aberrations, with Nina’s vocal free-floating around it, issuing notes of quiet meditation while maintaining a sombre, quite solitary strength.

Although the dominant palette is restricted to acoustic guitar, vocal, and some very appetising reverb, with the aforementioned add-ons colouring the landscape, Recover sounds quite expansive; what gives the track its breadth and depth are apparent.

Embellished by the swaying, muted nature of the rhythmic pulse, there is a sense of the cathartic here, which one can attribute to the choice of chords, melody, and Nina’s performance; musical gestures imbued with varying tonal complexions, the most significant of which is a self-assuredness that engenders an empathetic quality.

This is, in part, initiated by the opening line, Hold me close and say you won’t let go, and continues throughout. With music, it is often the barebones, furtively simple application of sensibilities that can wreak the most emotional havoc upon the listener, and the examples are limitless. Recover’s decelerated unravelling, its ruminative and tender sensory features are, during some moments, disarming, and during others reaffirming, though in an oblique way.

Leo has managed to navigate through a terrain that will likely resonate with many others, with Recover’s unassuming traits sure to have a decidedly unearthly effect.