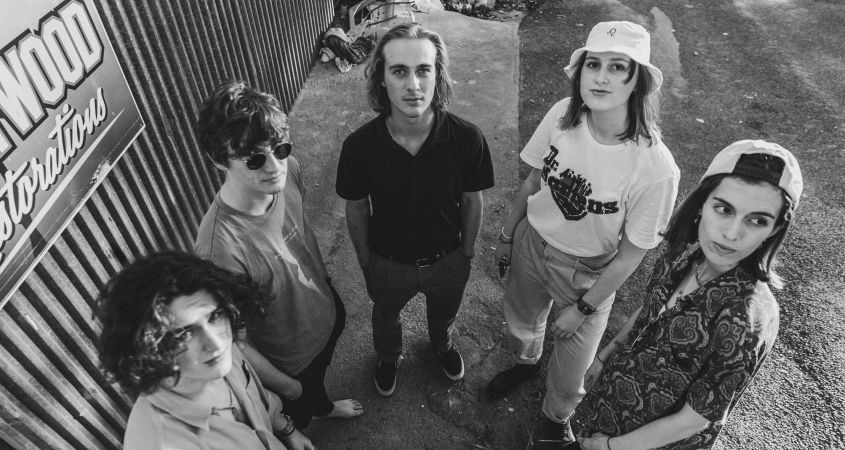 The debut single from Brisbane-based indie-rock act Cheap Date is sure to attract a lot of attention. Beside Me is a 90s pop-rock meets post-grunge blast with hooks, heartache, and a lyric that delves deep.

Led by artist Lara Dee on vocals and guitar and featuring Flynn Donaldson (lead guitar), Willow Giles (drums), Brian Butcher (keys) and Harry Shakespeare (bass), Cheap Date’s Beside Me muses on the allure of hooking up with the wrong person. It’s an enticing exploration of emotional anxiety.

As Lara says about her creative process:

“Relationships are a big inspiration for me. Connecting with other people and writing about that through song is very powerful.”

Beside Me utilises a guitar-driven rock sensibility to underscore memorable melodies and dreamy textural layers—all performed with an amazing level of confidence and raw power. But it’s not only the music that packs a wallop. The lyric reveals a much deeper layer to the band.

“One of the major messages in this music is the normalisation of feeling attraction toward men and women. Beside Me is about a male and a heterosexual relationship. However, the music to come tells my story in more depth.”

That music is in the form of an EP, due out soon. As Lara says:

“We have big things coming. There’s the release of the second single (or the second episode). And we plan to release the full EP (almost like a small book) at the end of the year.”

Getting Loud For Leukaemia

The track begins unassumingly, with only an acoustic guitar riff and Lara’s vocal, subdued and controlled. This combination plays out until the chorus that revealing the track’s melodic power, before the potency of the rest of the band kicks in.

A recent highlight for Cheap Date has been their appearance at the Loud For Leukaemia concert, a charity event Lara Dee organised in honour of someone close to her struggling with a blood disease. The event was held at the Zoo in Brisbane and raised over $5000.

“Performing at that was inspiring,” Lara explains. “Seeing so many people come out to support a great cause instils faith in modern humanity. We 100% plan to do more charitable events in the future, and giving back is a huge part of what Cheap Date is about.”