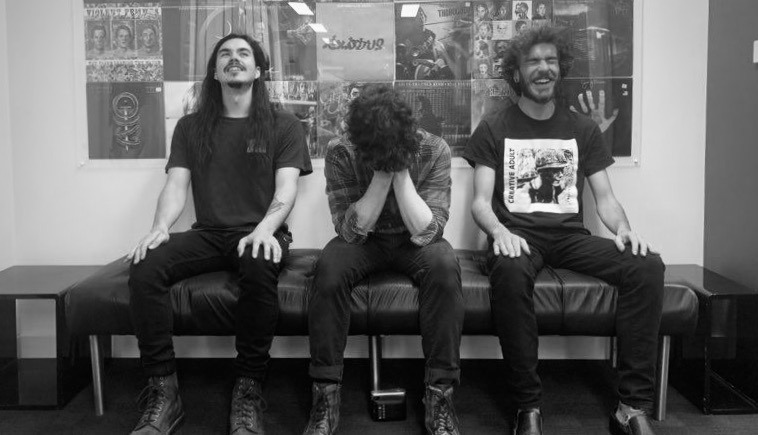 Accompanying herself on acoustic and electric, AVA Martina kicked off with original songs about breakups and anxiety. She has an unusual playing style, twisting her hand gracefully in small arcs between strums.

Martina poured herself into her music, with strong facial expressions. She sustained a cut finger whilst playing, resulting in a bright stripe of blood on the white guitar surface. But played on and finished her set. What a trooper.

Suli changed the vibe to dreamy songs, playing electric guitar to the accompaniment of self-recorded backing, extolling her multi-instrumental skills.

Musically soothing and hypnotic, there seemed to be an occasional darker edge to her lyrics.

A set highlight was the closer Milk and Strawberries with its backing track employing a bright, repeated cascade of notes. We were also privileged to hear the first ever live outing of her latest, enthralling song Conversations.

Nora signalled the shift to ‘loud’ by handing out free earplugs to punters.

Fans formed a small mosh by the stage as the three-piece kicked off with catchy, high-energy material.

It was a bit of an all stars show, with Victor Rufus joining the boys to provide some dazzling licks, before Grant Simpson came up as guest vocalist for one song. Lastly, Ella joined front man McAlister to play elegant violin in the slow, melancholy Black Wattle.

Nora impressed with a versatile sound that varied from whimsical pop to really rocking out. With moderate dancing up front and a shirtless drummer, it was more like the glory days of the Transit Bar than your usual evening at the wonderful Smith’s!

The engaging variety of sounds and styles from Nora, Suli, and AVA Martina made for a terrific night of local music.