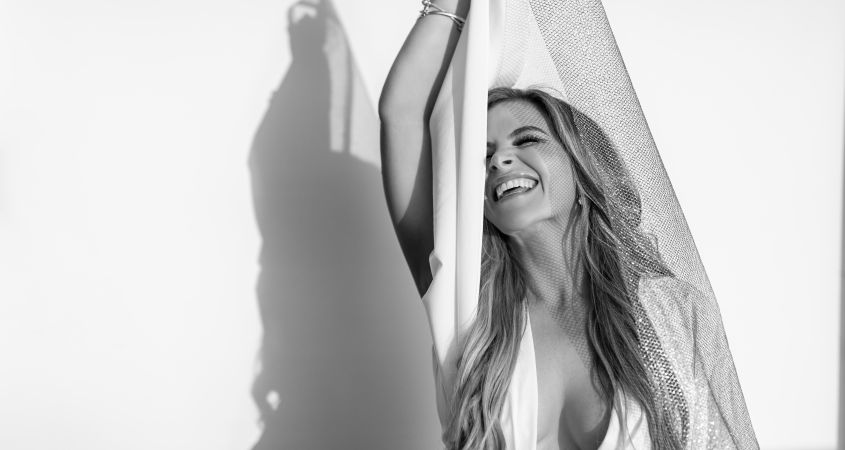 Although Lark has years of experience playing in bands, it’s only recently that the singer-songwriter has emerged as a solo artist in her own right.

The Australian music artist has just released her second single We Love Us!; a feel-good R&B dance-pop track with the sound of summer written all over it. The new track follows Lark’s debut single Dalai Lama, whose R&B and Latin inspired pop styles are taken to the next level here.

It’s co-written and produced by LA-based producer Ollie Gabriel. Gabriel has worked with the likes of John Legend, Pink, Mel B, Keke Wyatt, Jennifer Lopez, and The Backstreet Boys. With the man overseeing songs with over 30 million streams combined on Spotify – plus major radio hits in the US, Australia, and Europe – We Love Us! is sure to launch Lark into the next stage of her career.

Featuring a heady mix of dance styles, taking cues from early Madonna and J.Lo, We Love Us! is a swirling musical blend of pop hooks and infectious grooves. And all with Lark’s expressive vocal at the helm.

As Lark says about her musical inspiration:

“I’m a big lover of pop music—its playfulness and catchiness. These are probably the two biggest elements that have influenced me.”

We Love Us! kicks off with a sure-fire beat surrounded by hypnotic percussive elements, jazz-funk keys, and layers of rousing vocals. Lark opens the song with:

This lets you know immediately what you’re in for. The suggestion of summer and joyful abandon.

Lark’s new single has already attracted almost 500k streaming views, its sensuous proclamation of escapism and good-time charm drawing widespread appeal. We Love Us! will undoubtedly go on to be a massive global hit and a career highlight for Lark and her brand of R&B dance-pop.

You can listen to We Love Us!, as well as Dalai Lama, on the triple j Unearthed site.