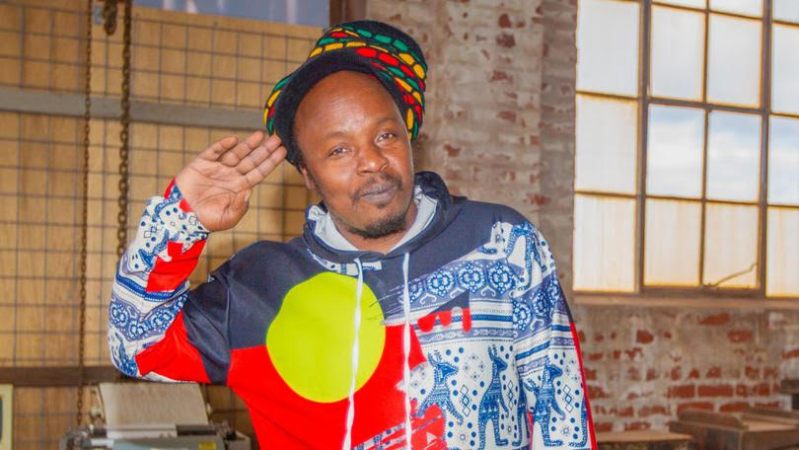 Hallelu Jah from West Australian based Ras Banamungu and The Det-n-ators International is another track from their recently released album Revelation of Oneness.

We have another stirring combination of roots music, blues and Afrobeat. Albeit with less immediacy than some of the band’s previous singles. Nonetheless Hallelu Jah is filled with the band’s typically multi-layered characteristics.

Guided by Ras Banamungu, the acclaimed musician and professional laughter therapist*—Hallelu Jah is perhaps experimental in tone. This is evident in the melodic structure and, to some degree, the rhythmic elements.

Ras Banamungu + band steer us into their prismatic world

The intro, in particular, is a disarming affair. Snare hits underpin Ras’s vocal calls. The track eventually dissolves and lands firmly onto the central groove; a reggae-fused shuffle whose drum part is a more ordered arrangement with the bass acting in tandem as the groove’s anchor.

Ras and the band steer us into their prismatic world via this measured feel. This soon reveals a fixed interplay of textures and sounds. The organ phrases are foremost amid the vocal layers and drum fills.

The track switches from chorus to verse naturally, with the typical persuasive charm of previous songs. What is most apparent here is a sense of playfulness. Very much the band’s modus operandi, this feature is pronounced on Hallelu Jah.

Effective use of dynamics also sets this track apart. Drums are a key ingredient in throwing off notions of predictability and monotony. Ras’s performance is as relaxed and endearing as ever, adding to the general calm and dance-worthy serenity of Hallelu Jah.

After a series of comparable singles, including My Sunshine and Smiling Face of Australia, this is a propitious release. It might not have hit single written all over it, but provides a satisfying sample of the more involute side of Ras and the band’s style.

You can keep up with Ras and band via their website.

*yes, such a specialty exists