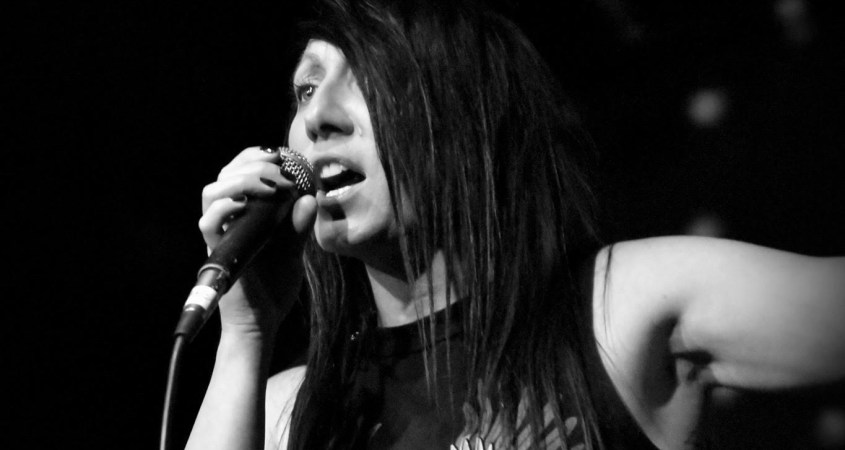 Although the new track for Karly Jewell might first sound like a grunge-pop re-run, there are some curious twists and turns that reveal a broader appropriation of palette and brush.

It begins as a full-throttle affair. A Smashing Pumpkins seasoned onslaught, the record eventually morphs into a series of layers—melodic, rhythmic, and thematic—with a nod to emo along the way.

Soon we arrive at the core: the chorus, with the ’90s still in its veins but a more substantial rock flavour at its heart. With opening lines like, ‘Bleeding from the scars, bleeding from the scars, tore me apart’, one would expect we’re about to visit a rather dark landscape. However, despite the narrative’s dramatic inferences, the presence of menacing distorted guitars, and a feverish sort of brooding, the song’s apex is the subtle pop hook of the chorus, with its chime of ‘Don’t need nobody to save me.’

Karly Jewell – a dash of Paramore; a hint of Chrissy Amphlett

And adding to this is Karly’s vocal approach: a dash of Paramore, with a hint of Chrissy Amphlett. Quite a mix.

The lyric, too, initially sets the tone with some stark imagery—tearing, cutting, bleeding—but goes on to reveal a more vivid complexity.

Outwitting the fallen angel undoubtedly must take some know-how. Yet Karly’s bruising vocal is quite reassuring. Although the centrepiece of the track is Karly’s vocal performance, there is also a band. Adrian Kluke (guitar), David Beaton (bass guitar) and Mariano Marcos (drums) do a splendid job. Their expertise is easily discernible.

As Karly says about her creative process:

“It’s normally the hook I work on first, then find the best way to tell this story. After I put most of it together, it’s time to get the band in the studio and let it all fall into place.”

It seems to all have fallen in place on this track. The variegated sections add up to a pleasing whole, adhering to what audiences expect of the genre while alluding to another side to Karly and the band’s creative armoury.

It’s one that will no doubt emerge fully-formed in the wake of Dancing With The Devil.

Check out the video for Dancing With The Devil here.