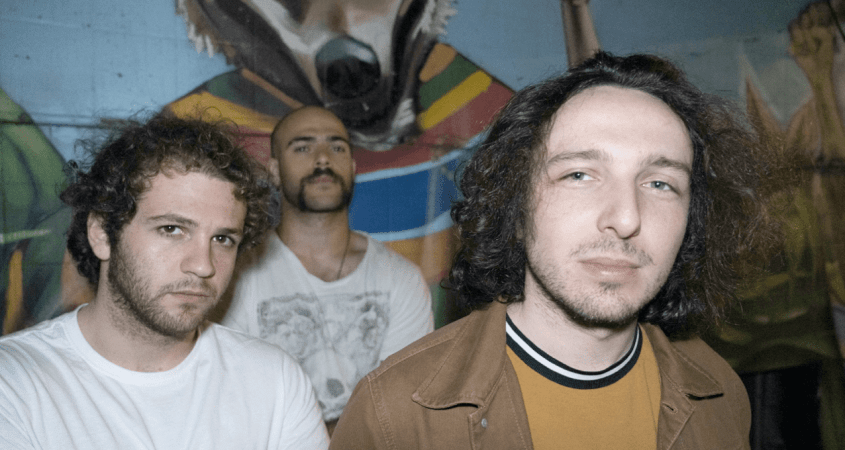 Sydney-based band Indigo Point has just released Will I Still Be Here Tomorrow, which is the lead track from their forthcoming EP Monochrome, due on 27 August.

Indigo Point are school friends Sam Morrell (guitar, vocals), J.J. Tempas (bass) and Josh Mason (drums). They formed the band in 2018 and have had an EP and four singles released to date. While cutting their teeth on the Sydney gig circuit, Indigo Point developed an intense hybrid rock sound. Taking elements of post-grunge, grunge, hard and classic rock, they nudged it all a little towards the middle with a few steadfast characteristics of their own.

Will I Still Be Here Tomorrow begins without deliberation with a bass guitar-led groove. This groove is vibrant and nicely overdriven. When combined with the lyric’s sober-eyed observations, it further layers the solemness of the opening moments.

One notices the tone and perhaps attitude of the vocal, and recognises a resemblance to something the Queens of the Stone Age might invoke. However, as the track progresses, from the low-register voice of the verse to a move up the scale during the second half, the vocal begins to dilate. This wavering control is fittingly for the lyric.

And then something quite idiomatic is heard.

Indigo Point toward a cracking chorus

The chorus adopts a full-throttled approach, a well-balanced melody aided by a thick layer of vocals. And of course, guitars—also layered, comprehensive, and defiantly rousing. The plangent aspects are accentuated by the downward tendency of the melody. This unifies the chorus, and leaving no doubt as to the band’s ability to create a decent hook.

It bodes well that the track evokes a fulminating instancy—in the production and performances as well as the conceptual element.

As the Indigo Point says:

“We like to think that our shows make us stand out. A lot of work goes into them, and we really bash ourselves when we feel like we gave a shit show. The aim is to put on a show, not just a performance.”

The energy of these live shows is successfully transposed on Will I Still Be Here Tomorrow, creating a vigorous and effective contemporary rock track.