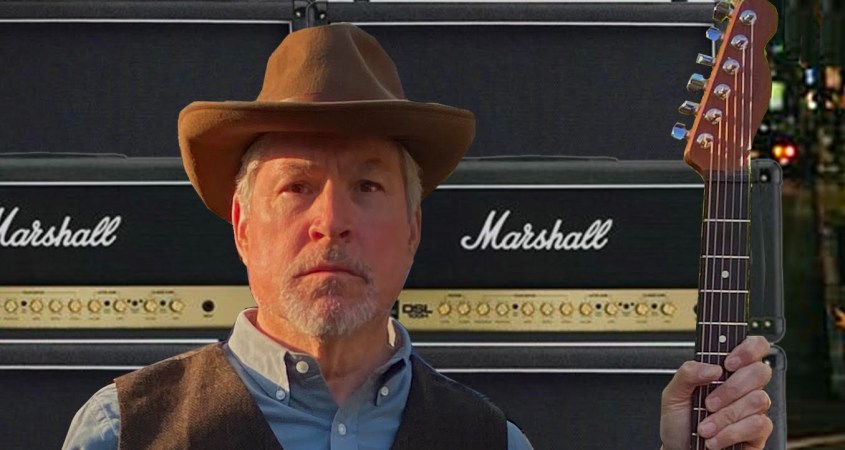 American country singer-songwriter Rusty Gear has just released his new country EP Delivery Man. Recorded in Nashville and produced by Brad Hill, the release follows a string of singles. Check in Check Out Blues, It’s Still You, and Out And Runnin Round have helped Rusty expose his wares to a worldwide audience.

This new set utilises Rusty Gear’s malleable vocal style. Combined with his equally judicious songwriting skills, he has created a range of tracks that veer from one end of the country spectrum to the other. The new single is the title track, which features another of Rusty’s characteristic narratives. Said narrative allows us a glimpse into all the intrepidness and vulnerability of urban life as a modern-day survivor.

But the EP unveils a lot more than the expected archetypal country imagery and textbook musical sensibilities. This is most evident in tracks such as Over The Pass and Open Sky. A more self-reflective approach, as heard in the tracks Gold On The Horizon and We Know Too Much, is what might more effectively endear the listener.

An example. The candid nature of We Know Too Much, along with its stripped-back production, can entice by its appeal to common sense and logic. It is relatively sober, displaying emotional rawness. Guided by Rusty Gear’s unfeigned vocal performance and lush yet streamlined instrumentation, the song’s critical and prominent line, ‘we know too much to feel that young again’, seems like a summation of the EP’s governing proposition. That being a mellowed, legitimate romanticism ever-present amid the depictions of promised lands, pilgrims, and six-packs.

These two sides are, of course, not necessarily at odds. The contrast makes for a record that is even-keeled and distinct enough as far as groove, composition, production, and performances. The songs contain traces of quintessential country, contemporary country-pop, and drizzles of blues-rock.

All of which imbues Rusty Gear with an edge that is not so dominant that it subtracts from the core focus. The focus being, one can safely presume, the songwriting.