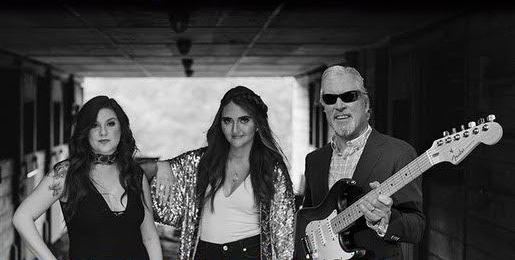 American singer-songwriter Rusty Gear leads a collaboration of musicians to create and record country, blues, and southern rock music. The latest release from his album of Americana tracks is Check in Check Out Blues, featuring Lucy Cantley on violin and Camille Rae on vocals, from emerging US country act Calamity Jane.

Check in Check Out Blues aims to appease the listener with all the essential qualities of polished, country and blues tinged rock, as well as provide a bold lyric, one that suggests quite a nefarious situation in a woman’s life. The track relies on a laid-back warmth, the interplay of Camille Rae’s stringent vocal, Rusty’s guitar playing, and Lucy Cantley’s violin accompaniment to get it over the line.

Recorded in Nashville and produced by Tony Sarno and mixed by Leslie Richter, Check in Check Out Blues is a self-assured record, with the production leaving nothing to chance with the genre clearly defined and skilfully delivered.

The lyric is perhaps the most engaging aspect of the track, although the chorus does incorporate an assuaging melodic hook that works to smooth the edges of the lyric.

And there are a few edges.

…begins verse three, intoning the troubling notion that the infrequency of a bad habit provides some exculpation for that habit.

This notion is given further weight with the final verse:

This knowledge of returning to what is set up to be a potentially volatile situation appears to frame a common problem regarding such challenging relationships, and couched within that ‘ease’ of returning is, no doubt, a universal dilemma of significant proportions. As such, the easy-going nature of the track does feel a little at odds with the tension described in the lyric, and this is either an artistically persuasive way to posit such a predicament or a passive way to get an instance of passive aggressive (or worse) across.

One thought on “American country, blues, and southern rock erupts in a clash of guitar, violin and vocals when RUSTY GEAR and CALAMITY JANE combine on CHECK IN CHECK OUT BLUES”