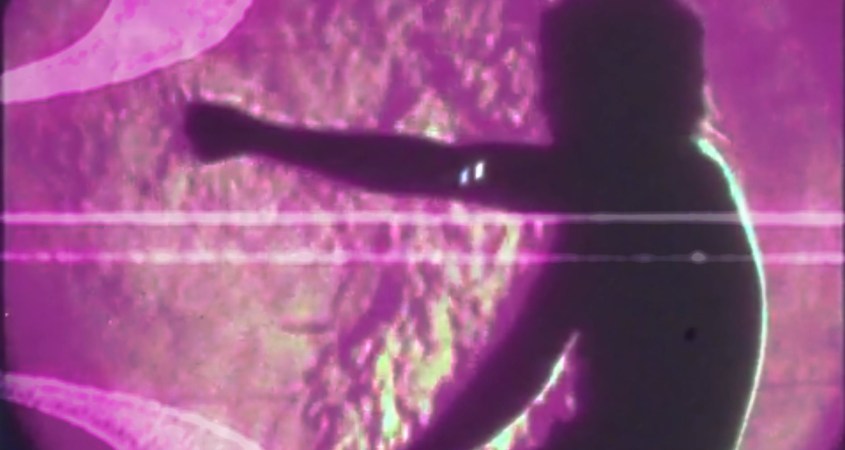 Melbourne based ex-Canberrans Orbits has released Living Souls, taken from their forthcoming album Beyonder. The new release is a sustained monolithic slice of dense contemporary psychedelica. It’s a migration from shoegaze to drone.

That said, the governing drone elements are not necessarily the stand-out features. Embedded into the polyphonic somnambulant soundscape is a recurring guitar-like motif. Its sampled characteristics becoming somewhat of an anchoring point throughout the track.

This is aided by a spare, throttled percussive pulse that adds to the general sense of inevitable gloom. It’s a gloom to which the work seems to allude to incessantly.

These elements all contribute to the track’s disquieting allure, our attention drawn to a musical lawlessness, to an even more despairing plea the tonal utterances offer. During intervals (I am cautious about labelling them ‘verses’) a voice appears. A cry, in fact, lurching from out of the sonic shadows as if being tossed across a night tide.

This Orbits track is a kind of tide. Our attention, just like the lone cantor’s Plutonian murmurs, is swallowed, taken in as much by its menace as it is by its harrowing meditative pull. The quavering lethargy doesn’t vary much from its arrival point. Instead, it exposes and reiterates a human voice as if was some delirious tour guide, protesting, lamenting, inwardly pinwheeling—though most assuredly, its protestation is of the brooding variety.

It is, however, equally as effective.

One imagines the track as a musical prelude to a ritual. Its tribalistic attributes are reflected in the song’s repetitive, cyclical nature; a sullen readiness communicated through a sense of accepted dread, apprehension.

It’s the insomniac’s limp towards the ocean’s grey mouth. The existential walk towards the gallows.