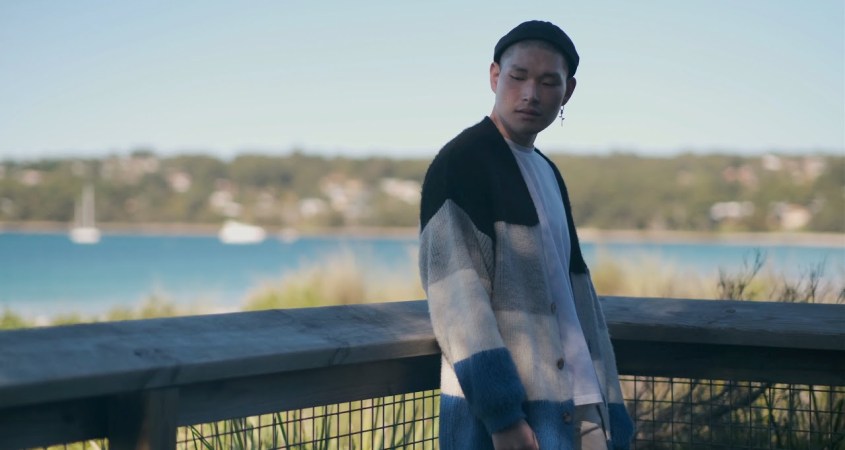 For two years, Canberra music artist Mood. has released single after single, undoubtedly firming up his follower base and honing his style.

Now, his latest release is a laid-back induction into his habitat. The spare groove, acoustic guitar, and assortment of lush pads act as a platter, from which the sweeteners of the vocal layers are served up.

The track’s intro instantly gives one a clue as to the song’s temperament. Its adlib-like vocal part and chord progression sets the, ahem, mood. So to speak.

And it does this with calming efficacy, leading us straight into the heart of an accumulation of soul-baring admissions. ‘A bad guy with all the wrong intentions’, Mood. tells us.

Setting the Mood. with lyrical candour

This candour is reflected in the barebones nature of the verses, during which we get acquainted with a series of decisions the narrator makes. A bag ‘packed up for the ocean’. Perhaps the decision has been made for him?

The pre-chorus contains a couple of self-affirmations that lead us to believe Mood. is taking the break-up rather well. Up until this point, we’ve also heard an efficient assortment of attributes that support these self-assessments. The pace picks up a little, the melody muscles up, and the instrumentation further thickens the sonic backdrop.

When we do arrive at the chorus, Mood.’s voice breaks off into falsetto, a choice one would think might lighten the impact of the centrepiece part. Instead, it enhances it, with the pleasing descending melody imbuing the track with a resolve one can only wish for another as they traipse through the detritus and displeasure of splitsville.

The chorus mainline is the crowning hook of the track. It’s a tumbling arrangement of notes that seem to allude to hope and thwarted sentimentality. This feature offers us a renewed experience of the verse and pre-chorus that follows.

One thought on “MOOD. combines Canberra and Korea for a cocktail of hi-fi pop on START AGAIN”