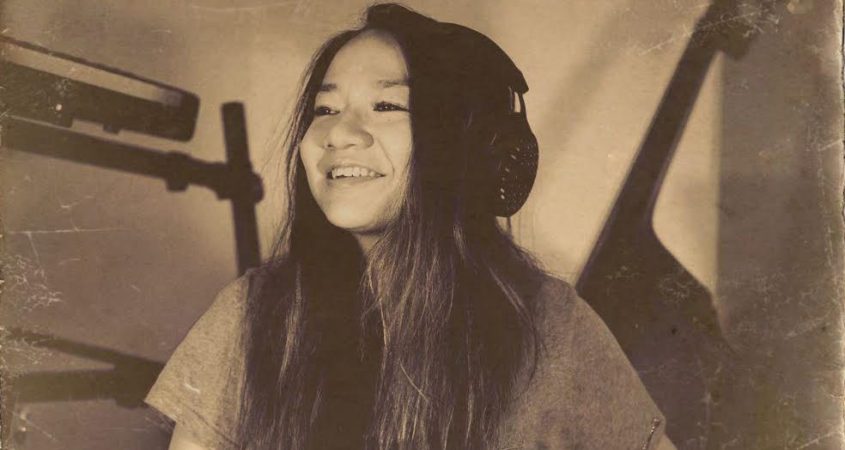 Following the release of Echolily’s debut Under The Clocks (Stay), some music critics praised the emerging Australian music artist, describing her sound as pivoting between the haunting, ethereal sounds of Massive Attack, Portishead, Bjork, and the songwriting of Sia.

Now, the Melbourne-based musician is back with her sophomore release, Higher, yet another bold, indie-pop ride.

Those critics are correct to name those particular artists—Echolily’s style, when absorbed as a whole, does seem reminiscent of those ’90s vanguards. However, Higher is a hyperactive conflation of all manner of styles and textures, dipping from ambient to trip hop, hip hop to synth-pop, finding its feet in the rather resolute chorus, with its languid soul-tinged vocal layers and spare melodic fervour.

As Echolily has said about her creative process: “I have always aimed to make sounds that would break the walls of my comfort zones. Often, they would cross genres, synth-pop, trip hop, electro-pop and a little lo-fi.”

Indeed, at some points, Higher breeches our comfort zone and that’s, of course, to some degree, a good thing. That genre-crossing has resulted in somewhat of a collage, one whose elements teeter on the edge of disassembling yet always manage to merge into the track’s main focus, the chorus, uniting the angular beats, the sinewy arpeggiators, and intermittent percussive accoutrements to bridge the gap between accessibility and abstrusity.

Teaming up with acclaimed Australian producer Ivan Khatchoyan (Choi Productions, Cookin on 3 Burners), Echolily has revealed a decorous method of sustaining her vulnerability-etched vocal and utilising it to underscore the melody with a natural if not vital ingredient. As Echolily has said about the inspiration for Higher:

In less than three months, Echolily’s brand of lo-fi, electro indie-pop has attracted over 25K Spotify followers and almost 100K streams. With the release of Higher, Echolily is sure to exceed those numbers.