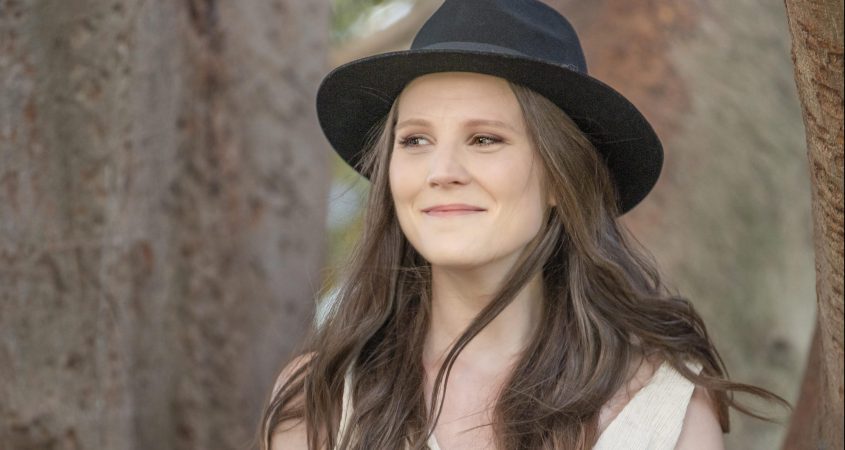 For years Harding performed at many cafes and bars around the north-eastern suburbs of Melbourne, Australia. Still, it wasn’t until the Covid-19 lockdowns that she began to get serious, receiving inspiration from, and connecting with, other musicians performing online in Sounds On The Couch.

As a result, Harding has just released her debut single, I Didn’t Realise, a slow burn portrayal of heartache that’s sure to strengthen her profile and attract many followers. With a voice reminiscent of Sarah McLaughlin and Eva Cassidy, Harding will undoubtedly attract an audience who will connect with her songs and her raw style.

Touching, poignant and hitting a familiar nerve that will resonate with many, I Didn’t Realise is an eloquently performed narrative about a break-up.

As Harding says about the history of I Didn’t Realise:

“Once the song was finished, I realised that these are emotions and experiences that most of us go through, and I was finding that people were connecting with the song. The track allows others to connect their experiences and then to explore how much they have grown, and I feel like that’s really beautiful.”

From the track’s tender piano introduction to its soulful revelations, I Didn’t Realise is a blend of pure voice, uncompromised intimacy, and a hint of subtle contemporary musical textures.

“I hope that the song can be a reflection of the feelings that the listener feels or has felt,” Harding says, “and can help them to reflect on their own experiences and discover how far they have come in their own life.”

Produced by Josh Hennessy of Pivotal Music, I Didn’t Realise is a stand-out track and rewarding introduction to Karen Harding’s musical powers.