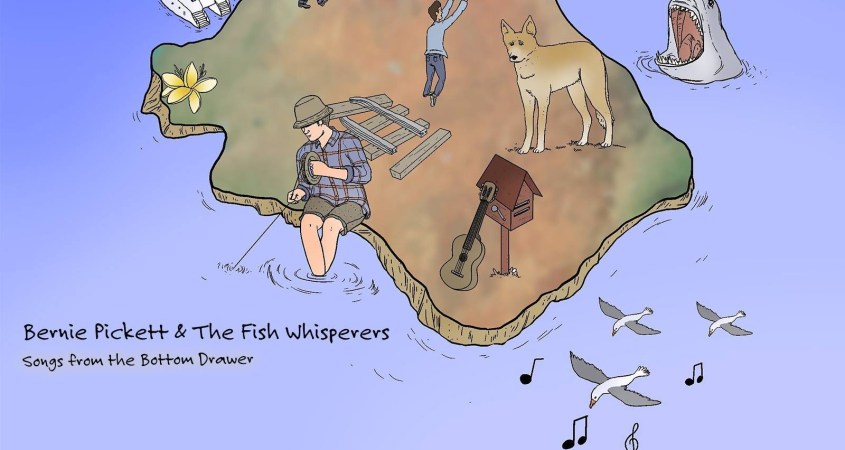 After a long hiatus, Perth music artist Bernie Pickett has returned to writing, recording, and performing music, and has released a new track Auld Lang Syne Again (with 2020 Vision); a vibrant, country alt-rock track with a direct lyric and a citable backstory.

Bernie resumed his musical career intending to record an album with his friend, Dave Regan, at Pearl Shell Studio in Broome, WA, under the guidance of acclaimed musician, producer and Yawuru Elder, Alan Pigram (The Pigram Brothers, Kasey Chambers). Sadly, after nearly a year of preparation, Dave suddenly fell ill and passed away.

But the concept was rejuvenated, resulting in the album Songs from the Bottom Drawer. With the crisis now waning in Australia, thoughts on how to reinvent this promotion and digital launch led to a new recording instigated by Bernie, and two other heavily featured musicians on the album, James Gillard (who also produced the song), and Pete Stone.

As Bernie has said about the process of creating Auld Lang Syne Again (with 2020 Vision):

“I reworked an old piano recording of Pete’s that Dave had given him many years earlier, and with the idea of trying to have clear 2020 vision from all the things we’ve seen in the year 2020, the song was written.”

Produced by James Gillard, the track utilises satisfying melodies and an inventive arrangement to reinterpret the essence of the classic folk song about preserving friendships, Auld Lang Syne. It is both a homage to the track and a sort of rewrite of it, a straight-ahead, playful yet dignified, hybrid version.