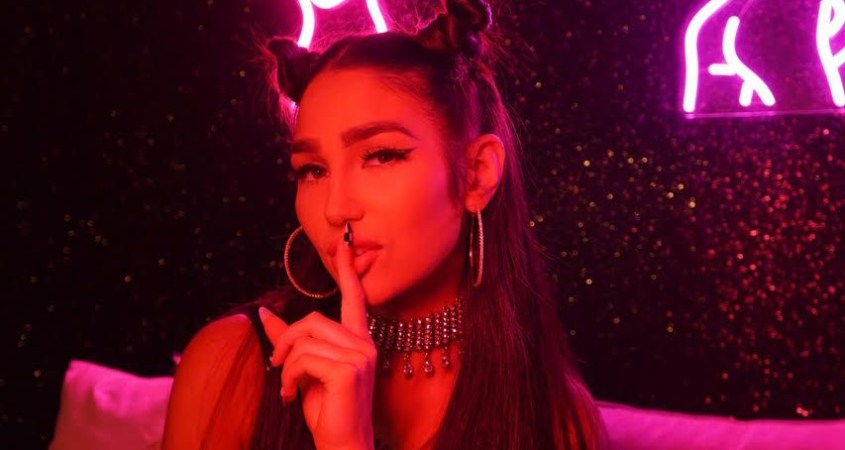 In this era of the ‘single’, it makes sense to maintain a steady flow of them, and that is just what New Zealand music artist Iris appears to be doing. Her new track follows a series of tunes, this one coming after her last, Lay with You, which no doubt has solidified a growing audience.

Don’t Wait Up is a recognizable blend of pop, dance, and R&B styles, with a similarly familiar production that meets all the requirements of contemporary mainstream pop. The song kicks off with a double chorus, the first of which is stripped to its essentials, while the second reveals the big hook in all its glory.

The verse melodies do a fine job of creating an anticipatory mood: we know where we’re going by its developing dynamism and the chorus does deliver, albeit in a stridently fundamental way.

The melody here is elemental yet manages to survive repetition, with Iris’ vocal delivery perhaps the key to this.

The lyric’s focus is all there, in the title, with its allusion to autonomy and individual freedom, if not outright emancipation, as though there was another scene that had played out before the night’s groove-filled celebration, one that was fraught with denials and demands and lastly, refusals. Just don’t wait up for me, okay?

As Iris has said about Don’t Wait Up:

“I feel like the temperature of the world definitely could benefit from some uplifting music. All and all, Don’t Wait Up is really about living in the moment, doing things for you. Don’t wait on anybody or for the ‘right’ moment to live your life the way you want it.”

Well, perhaps not a domestic spat but rather a blossoming individual taking a solitary stand.

Don’t Wait Up utilises elaborate vocal parts, appeasing rhythmic programming, and a melodic accessibility to sustain a universal mood and ultimately, a satisfying dance-pop experience. Produced by Charles Lutman and Iris, and mixed by Tyler Scott, the new track incorporates a Latin-flavoured feel cloaked in a dance aesthetic but crowned by a shimmering production and Iris’ bare lyric that showcases an assertive, almost brash tone.

As Iris tells us: “I’m just living for the music, for the moment.”