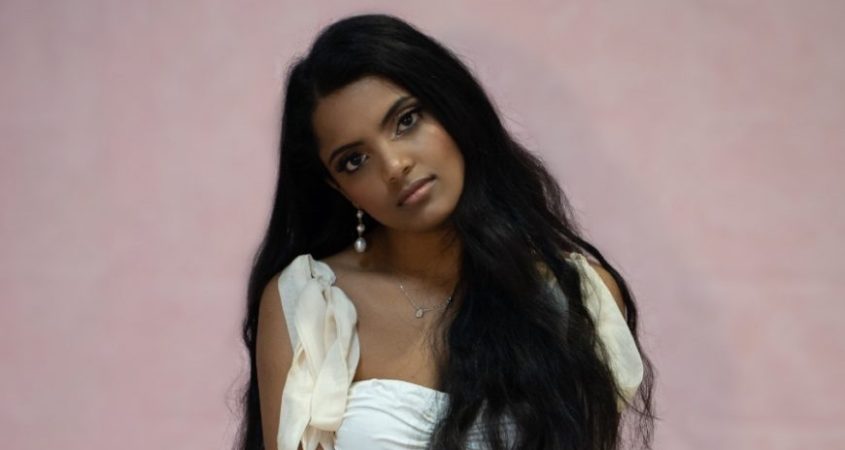 New Australian music artist Tarini has just released her single Do You Wanna Dance. But before you go on and slip into dance mode take note that the title does not necessarily give away all that much.

The track begins as if it is about to tickle our senses with some kind of Radiohead slice of somnolence circa Kid A, but it quickly becomes an altogether different musical vehicle.

Tarini’s feathery voice sees to that.

Utilising a fairly satisfying melody, and eventually layering that with her voice and other voices and a smattering of off-stage reverb-soaked noise tinctures, a cycled section soon wraps up until the next, enabling a hook with which to hang onto and which also helps change gears.

Cue the R&B slash trap robo kit, complete with 808 sub bass, a change that merely paves the way for quite a seductive, stark break down of voice and piano. There is a mood here, that’s for sure; complete with an unconventional arrangement, of sorts, which no doubt assists in the mood-creating.

But perhaps it is Tarini’s performance which ultimately is the real mood source. At times calibrated to a whisper and during others, a more vehemently vulnerable texture is delivered. Both seem to work well for this kind of song. As some of Tarini’s quotes venture to explain, Do You Wanna Dance does, in fact, allude to enjoying one last amorous hurrah, or a hurrah amid the chaos of a dissembling relationship, and this may well be one of the most persuasive characteristics of the track; hidden beneath the confines of the polished come-hither of the voice is another, silkily beckoning, almost ensnaring, actuality.

As Tarini has said about the origins of Do You Wanna Dance:

“I wrote this song in my car. I was really overwhelmed and consumed by a situation one of my good friends was stuck in. It’s about the kind of romance where you long so deeply for someone and regardless of how beautiful the actual connection between you and this person is, this said person is always pulling you and the relationship into a negative space and complicating things.”