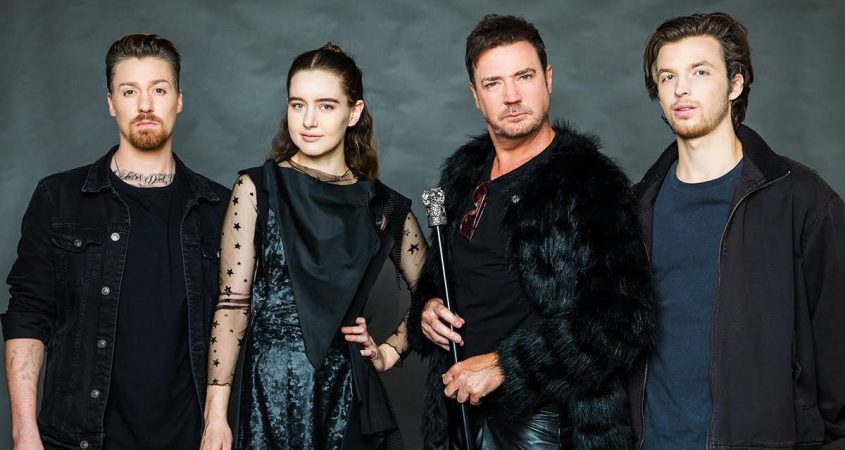 Vegas Sunset began as a studio-based project between friends and has since developed into a live act, with several single releases to their name. The Brisbane band has just dropped This Is The Moment, the follow-up to their last release Good Stuff, an 80s influenced pop tune that did its job of attracting a little media love.

The new track maintains some of that same nostalgic effervescence, most particularly in the interplay between the drum part and a few of the keyboard and synth textures, but is boosted sonically by a series of well-placed guitar parts that dirty up proceedings and subsequently push the track into a more enticing territory.

The melodies are effective, the chorus striking the right notes without sacrificing too much of the temperature of the track, without distracting from the production’s attempt at rawness and manicured urgency.

Despite the simplistic nature of the chorus lyric, which works well with the chorus melody, the verse words are imbued with a little more ambiguity and subsequently create a juxtaposition that for the most part is successful. The vocal performance is assured with some of the chorus lines veering strangely, but not unwelcomingly, into a kind of Beatlesque lilt, this apparent on ‘universe’ and, to a lesser degree, ‘moment’.

The rhythmic apparatus at play here is an integral ingredient of the mechanics, the drum feel a governing force upon which the melodic passages rely and ultimately upon which they succeed. One hears traces of the contemporary with the retro here, and a mutant reference situation might be something like a tête-à-tête between Bastille and Savage Garden while One Republic is somewhere outside peering at the window with anticipatory glee.

This Is The Moment is a solid release, with its lyrical conceit fattened by the opacity of the verse lyric and the transparently ersatz but effective grit of the aural embellishments.