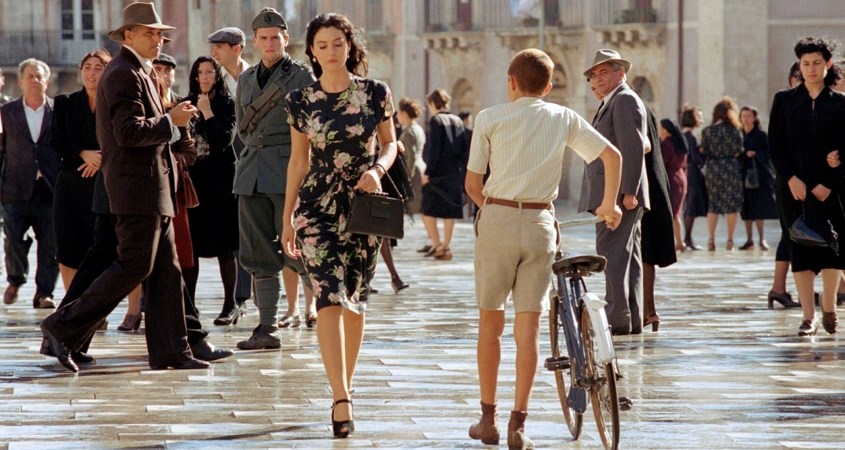 It is a momentous day in 1940 for 12-year-old Renato Amoroso (Giuseppe Sulfaro), from a small town in Sicily. Italy enters World War II, Renato is given his first bike, and he sees and falls in love with an incredibly beautiful woman, Malèna Scordia (Monica Belluci).

Intoxicated, Renato takes to spying on Malèna, who, with her husband away fighting in North Africa, increasingly becomes the subject of desire by the men of the town, and hatred and jealousy by the women. A campaign of malicious gossip and spiteful retribution leads to dire outcomes for Malèna, who finds herself with few options if she is to survive.

Beautifully crafted and compelling, Malèna is more than a coming-of-age story; it is also the story of how the prejudices, false beliefs, and unjustified hatred that fuelled destruction of the world operated in concert with cowardly conformism to permit destruction of an innocent individual.

Twenty years since first release, Malèna remains as fresh and as relevant as ever. Those able to reflect on the impact of their first loves on their lives may sympathise with Renato’s journey from boyhood. But they may also feel that Renato should act, from love or even compassion, with greater courage than he does when it matters most. Yet Malèna is also a story of a love so steadfast that it becomes the cornerstone of a man’s life, and a testament to the importance of even the smallest act of kindness in changing the course of another’s life.