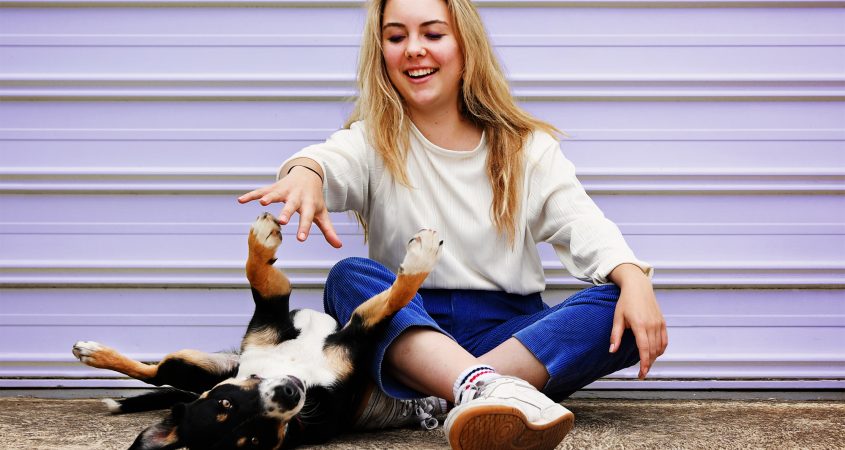 Sarah Bergman’s debut single Pieces, which was released earlier this year garnered a great response, with the track’s blend of soulful indie dream-pop highlighting the talented singer-songwriter’s alluring vocal style and refined writing capacity. What We Have continues to reveal Sarah’s impressive proficiency.

The song kicks off with a brooding key passage that quickly leads to the opening verse, with its sparse melodic formation and Sarah’s concentrated and resonant vocal cadences expressing the forthright declarations of the lyric.

What’s examined here is the open-ended nature of a close relationship, containing some very direct lines whose transparency, contrary to what one would expect, corresponds smoothly with the subtle hooks of the verses and the more apparent kind in the chorus. The inflexions and nuances in Sarah’s voice enable the song to transcend the norm to become an effortlessly evocative meditation on an interpersonal connection.

As well as this exhilarative performance, the song is also enhanced by an adventurous yet thoughtful production, with a few diverging textures and sonic touches that never detract from the melodic core but seem to elevate it in a subtle manner. The EBow-like guitar break before the breakdown chorus is particularly effective, providing the light and shade that helps redefine the contextual focus.

Another aspect of this track that might prove to be its secret weapon is the universal nature of the chorus lyric. This might be a rather simplistic view of what makes some songs work and others not. But the opening line of the chorus, ‘I like being your best friend’, is a potent affirmation whose expression in everyday life would not carry as much weight as it does when communicated via song.

It is in fact, a killer line.

And of all the mysterious attractions embedded in music, this desire to express the inexpressible, an inherent mechanism of the art form, is what ultimately binds us to some artistic works.