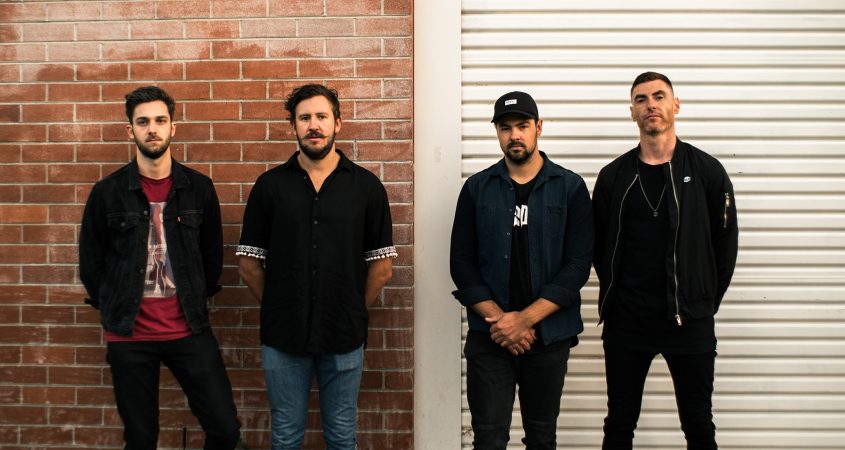 Canberra’s Biilmann has just released their EP Sink Like A Stone, a blistering amalgamation of riff-laden rock, alt-metal and blues.

The five-song set kicks off with the title track; a siren’s foreboding wail beneath a cyclical guitar riff setting up a groove, which is soon aided by a cascading array of various styles, a hard-rock blend flowing through to rap metal, with quite a memorable chorus unifying the variegated sections.

Red Wine follows with its bass and drums intro and vague funk blues intonations, a mood which is soon reinforced by a bluesy southern rock riff. The chorus-like hook here consists of two parts; both augmented with some free-spirited backing vocals which help thicken the melodic lines.

Sheep is another foray into the heavier side of Biilmann, though with Jack Biilmann’s vocals exhibiting a fine nuanced complexity that fortunately doesn’t get lost amid the guitars’ grit and rumble. The sentiment espoused here, as you can imagine with such a title, is sharp and unapologetic.

The closing track is Bad Man // Good Intentions, which utilises more intense guitar riffing yet colours it with sections of interesting vocal double tracking as well as a subdued verse melody, a track more generally steeped in the blues-rock side of the band, albeit a blues of a rather urgent kind.

The stand-out track for me is the fourth, Good Book. This is a brooding, evocative, almost solemn track, replete with an exuberant majesty that sets it apart from the other songs. This is the side of the band that I found quite intoxicating, wanting to hear more of this style.

This is the style I want to say to them, this is it.

Having expressed that though, this is a consistent record, with cracking musicianship, a good rock sensibility all-round, commendable, emotionally-charged vocals, and fine writing.