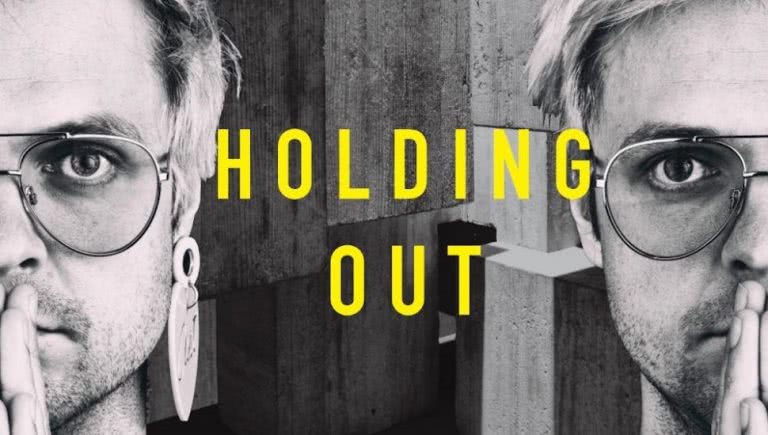 Endrey’s new release follows on from 2019’s Lusitania, a track that foraged through 80s sensibilities yet maintained a hypnotic, contemporary dance edge.

Holding Out ventures away from that often mined arena to another, no less interesting patch of musical territory, showing signs of an artist willing to explore the outer limits of a style while maintaining their aesthetic leanings. There are some of the same thick basses of that ’80s era but they are so prevalent now that they no longer require such a label.

Beginning with some soothing atmospherics, the song’s laidback groove is quickly established, together with a key line which plays an integral part in unifying the main parts, its use so frequent it acts as a contrasting role to Endrey’s low-key verse vocal, which glides along at a pleasant place, hovering above the breezy drum part.

This key riff covers the work usually done by a chorus but rather than imbuing the track with a kind of peak invokes a more subdued, restrained mood.

It’s only after a breakdown bridge section that the song leapfrogs into any sort of sonic crest. This is when a soaring choir vies for our attention during Endrey’s appeal for ‘shelter for the day’, a dioramic blend of voices that create a splendidly euphoric counterpoint to Endrey’s contemplative missives.

This peak then continues, extending to the end of the track, with a variance of the choir part helping the track reach an inspired finish.

The production is quite lush, the drums suitably discrete with the aforementioned voices taking sonic precedence and Endrey’s curiously inviting vocal performance establishing the overall reserved dynamism of the track.

It is an apt release considering the success of Lusitania, one that reveals a creative bent in Endrey that is as musically ambitious as it is persuasive.