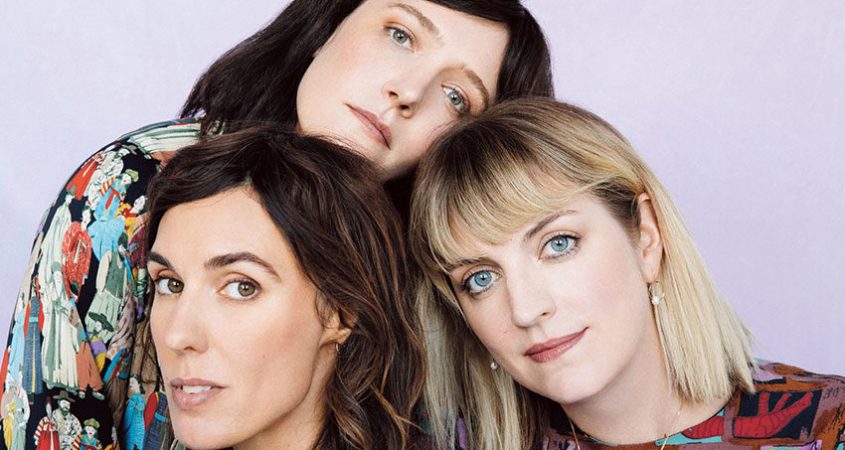 This Sunday is International Women’s Day, and what better way to spend it than to be surrounded by amazing women!?

For the whole of this Sunday afternoon/evening (8 March), the Link Bar and the Playhouse at the Canberra Theatre Centre will be celebrating the lives, talents, experiences, and contributions of women from all over Australia, and indeed, the world.

Headlining this great event is Aussie band, Seeker Lover Keeper. Comprising singer-songwriters Sarah Blasko, Holly Throsby, and Sally Seltmann, Seeker Lover Keeper formed after Sarah and Holly went to watch Sally play. Heading over to a local pub after the gig, the three realised they had a lot in common both musically and personally.

All successful touring and recording musicians in their own right, it isn’t really a surprise to fans that the band has taken off, regularly playing sold-out shows around the country.

I recently chatted with one third of this brilliant trio, the wonderful Sarah Blasko, about Seeker Lover Keeper and how this musical entity came to be.

“We were just going to do a tour together and Sally said ‘why don’t we start a band?’. And then she was like, ‘I think we should call it Seeker Lover Keeper!’ and we’re like, ‘oh yeah, I quite like that’.”

Since first forming in 2011, the band has released two records. While the songs on the first album were written separately by each band member and then shown to the group, Blasko says, that for their most recent album, Wild Seeds (released in 2019), “there was something very confronting about writing all of the songs together.”

Particularly writing lyrics, Blasko says that’s not something she’s done much “with other people, so it can feel quite vulnerable to do that.” However, she says that, “once we really got into it, it became quite a fluid process.”

When asked who was ‘the Seeker’, ‘the Lover’ and ‘the Keeper’, Blasko replied: “I think that’s what we liked about it [the name]; there’s three parts to it and there’s three of us. Each one probably applies to [all of] us.

As for what the audience can expect on Sunday, Blasko says, “I guess there’s a bit of a raw energy.

“We’ve got a bass player and drummer coming. And we all play keyboards and we’re all singing on each song, so it’s pretty true to the record (that being their most recent release).”

Supporting Seeker Lover Keeper in this celebration of all things women are other musical acts Kaiit, Moaning Lisa, and Shoeb Ahmad. This line-up is sure to suit all musical tastes, with genres covering indie, grunge, jazz, and pop. It must be noted that Moaning Lisa and Shoeb Ahmad are Canberra acts, and both worth checking out.

The International Women’s Day Concert at the Playhouse is on at 7pm, Sunday, 8 March. Tickets can be bought from the Canberra Theatre Centre website. A ticket to this show also enables you to register for the afternoon events (starting from 12pm) for free. Should you have accessibility requirements, chat to the lovely staff at the Canberra Theatre.

Liked it? Take a second to support Ruth O'Brien on Patreon!

Support Ruth O'Brien on Patreon!
7% complete
When we reach $500 per month we will begin the official BMA Podcast. This will include interviews with some well-known musicians and artists, tips and tricks for publishing in print and online, as well as other discussion topics around Bands, Music and Arts in Canberra!