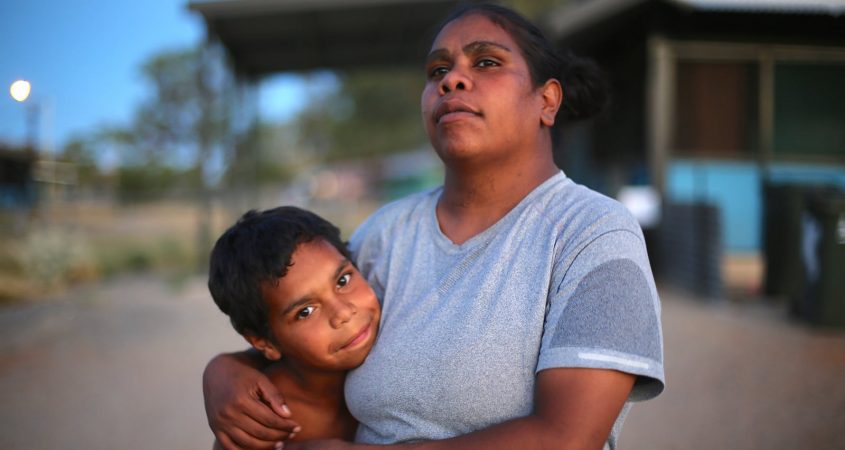 A festival hit during Dendy’s 2019 Stronger Than Fiction documentary festival, In My Blood It Runs sketches surprisingly intimately the character —  strong but sometimes difficult to manage — of a boy, Dujuan who has inherited a healing gift.  Knowing that his path ahead lies in mastering that gift and in becoming a man by traditional standards but unable yet to see his path, Dujuan is focusing less on school than on justice.  But in the process, he risks removal from his family for repeated truancy.

The film, which moves along nicely without artifice, incidentally paints a portrait — one that is, according to my sources, true to life — of the complex difficulties that plague outback Aboriginal communities, from limited running water and fresh food to rampant diabetes; from disconnection with the outside world to the tyranny of racist federal governmental regulations; from recovery of stolen children to the routine removal of more children than ever.  That they are now removed into a system of detention that threatens the heart and soul of its individual victims and their entire communities doesn’t seem to them an enormous forward.

All in all, the documentary is unusually candid, utilising no voiceover and, until the end, no explanatory titling but instead letting the words and images it captures speak of its subjects’ dreams, hopes, and rights.

The film is neither depressing nor exactly upbeat, but ends on a hopeful note: Dujuan’s family becomes more strongly integrated in focusing on keeping Dujuan on course and out of detention; Dujuan learns more as his education takes a turn toward a mode better suiting his nature, which the pen-and-paper-and-computer classroom clearly did not; and he acquires an articulateness peculiarly suited to the Aboriginal dispossessed.  Dujuan’s path forward is becoming apparent.