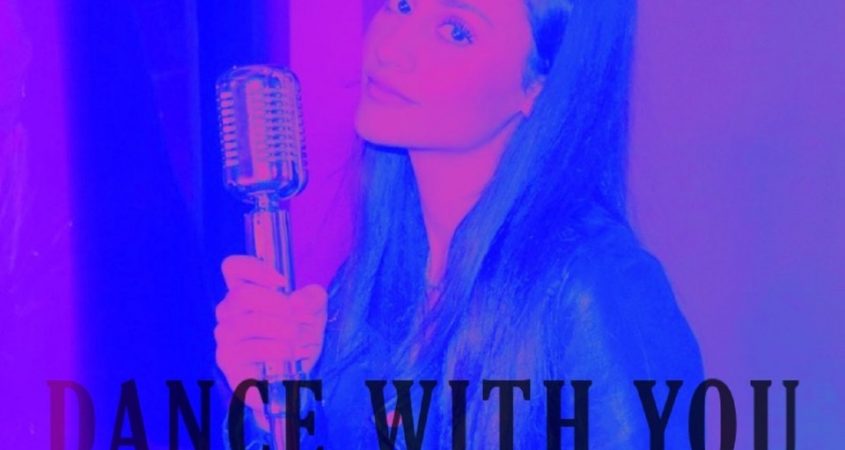 Violeta Bozanic has only just begun her trek to pop stardom but if this new tune is anything to go by she is advancing towards her target at a very healthy pace.

Dance With You is the young Sydney-based singer-songwriter’s third single for the year, a contemporary dance-pop track that borrows from the heavily-mined tropical house style of recent times yet contains within its sonic wrapping enough variances in texture and, of course, voice to set it apart.

Violeta’s previous releases explored issues of self-empowerment and self-control and Dance With You is no different despite its title. What Violeta is saying here is that she doesn’t want to dance with you; she wants to dance alone, to the Jackson 5 no less.

Dark pop is the flavour of the month, though considering the state of the world, this period has been duly extended. Remember Aristotle’s dictum: ‘The aim of art is to represent not the outward appearance of things, but their inward significance’. What’s underneath is what matters.

Sure there is the gloss and glimmer of a state-of-the-art music production, the clean-as-a-bone synth oscillations and percussive smacks and zaps, but the message is quite clear here: No. No, Violeta is not going to acquiesce to some clownish, crass adolescent’s pestering. And no, she doesn’t want to go to that party.

A teen who doesn’t want to attend a party.

True rebellion here folks, and I say that without a tongue anywhere near my cheek. It’s an ‘up yours’ song, to put my interpretation of it, mildly. Under the guise of a shiny global pop soundscape, the artist is expressing a personally significant stance. Sure the track has all the requirements of a bonafide pop hit: the melodies are in keeping with the current crop of melodic inclinations, the production is on point and Violeta’s performance is competently evocative, straining here and there with a delightfully fractious attitude.

But it all seems to work and work on more than just one level, however transitory that level might be.