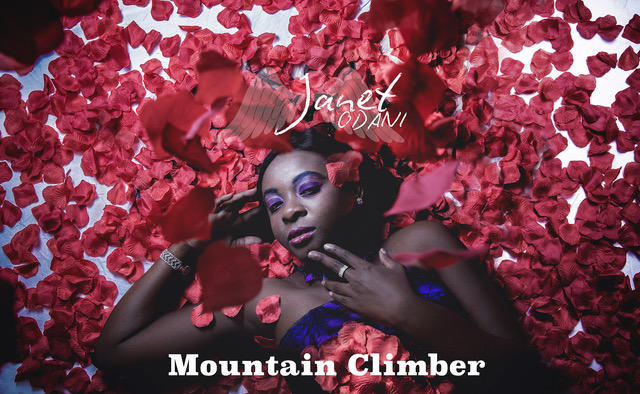 Australian singer-songwriter Janet Odani has released three albums – Transparency, Mismatched Planets, and Valiant Warrior – and this new track is a preview of her fourth.

Her previous albums were a mix of inspirational, gospel and pop, and with Mountain Climber, Janet has managed to draw once again on these genres. As a result, the song doesn’t lean too far one way or another. This is uplifting folk-pop performed with a joyful earnestness that reveals just the right amount of vulnerability.

For most of the track, Janet’s voice is measured and controlled yet it can also sound refreshingly powerful when pushed, especially in the choruses, when delicate edged tones filter out around the more robust notes and assured cadences.

Utilizing all the asymmetries of a live band, whether that is simulated or not here, creates the right backdrop not only for Janet’s performance but for the intrinsic urgency of the lyric. The appropriation of an organic-sounding ambience, i.e., guitars, live drums, and vocal layers, reinforces the inspirational content, imbuing the track with a sense of tangible human electricity.

And let’s not forget the song; it’s a good one. As well as the very efficient metaphoric title, there are many other aspects of delight and charm about this release, one of which is the intelligent melodic structure of the chorus; the choice of notes here abide by the lyric’s emotional directives, and help urge on the feeling of aspired transcendence.

Not only that, the hook will keep you humming along way after you’ve stopped streaming. There’s also something memorable about the groove of the song too, its pulse seemingly at one with the positivity of the song’s sentiment.

This an unquestionably commendable track, performed with optimum energy and doubtless talent and one that is poised to advance Janet Odani’s musical career.