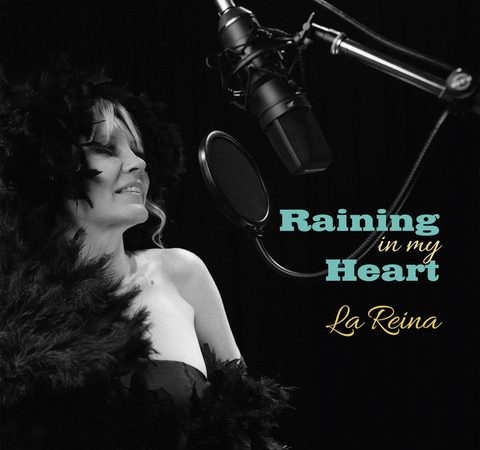 And that’s enough of a reason to purchase this new record but there are plenty more.

Raining In My Heart is an album of Buddy Holly songs re-imagined, pared back to reveal not only how well the tunes stand the test of time, but how poignant the transposed versions become with the controlled nuances of Reina’s elegant voice at the helm.

Buddy Holly was an interesting musical pioneer, a ’50s rock icon who first rocketed to fame with a style informed by gospel, rhythm and blues, and country music, and whose late-career releases were symphonic pop masterpieces, a few of which are reinterpreted on La Reina’s new album.

The stripped-back treatment can not only be a test of song quality but of a musician’s ability to adequately convey the essence of that song, utilising whatever means they have at their disposal; life experience, a kinship with the song, a need to express the inexpressible, whatever that may be.

Here, Reina has drawn upon a variety of subtle powers to transpose these songs, which include a focus on delivering an almost childlike wonder via a gentle, considered approach, such as the kind heard on Raining In My Heart, the single off the album, or the more freewheeling flourishes heard on Lonesome Tears.

It is these well-considered calibrations which help create a unified whole of the album, which might otherwise seem one-dimensional, especially when Reina’s only accompaniment is an acoustic guitar. But that’s certainly not the case here. These translations are a good way to appreciate the songs, whether they are new to you or not, and not only are you being introduced to another fine Australian musical artist while getting a musical history lesson, you’re contributing to an important charity.