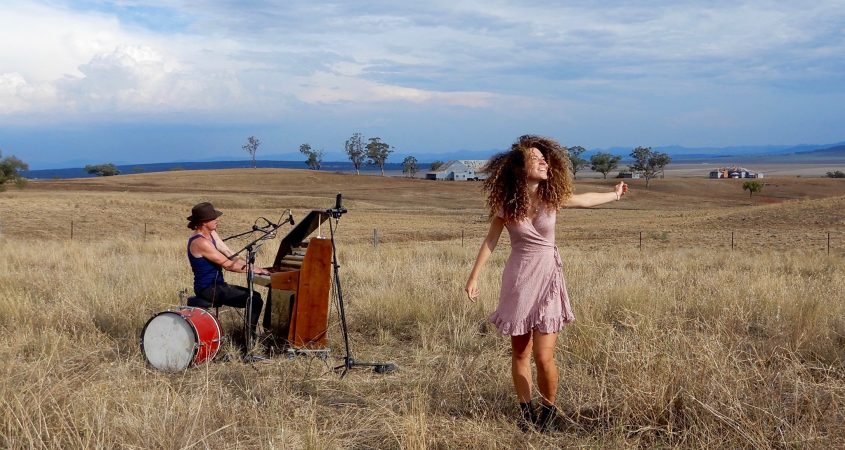 Have piano will travel!

While it is only a small outfit, the sound-check for Grace & Hugh took longer than usual as they have to unload the upright piano (a Gumtree special) from the trailer and wheel it into the venue.

It was a real family affair, with Hugh Murray (piano and vocals) coming together with Grace Hickey (vocals), her brother Declan (acoustic guitar) and father Tony (roadie and electric guitar).

The show began with some rousing New Orleans tunes before generating audience participation with Iko Iko that morphed into The Saints Go Marching In, with Hugh doing his trombone, scatting mime.

A cover of the moody Ray Charles song You Don’t Know Me saw Hugh trickling out piano notes, while Grace dropped handfuls of lyrics into the rippling pool created by the music.

The party vibe was established early, but this was much more that a party band rolling out covers.

Grace & Hugh have created some magic songs together, and their original material was the highlight of the evening. Somethin’ About a Man (co-written with Bones Hillman of Midnight Oil) was a set highlight, with its sultry, dirty blues sound. It let Grace show the capability of her voice with some stormy, drawn-out notes. Every Night stood out with its ukulele cheer and high, sweet singing, while Stereo Heart carried an aura of beauty and emotion.

Hugh’s deep, gravelly tones and Grace’s incredibly powerful voice, with a versatility that sees her equally gifted in both the high and low registers, are a great combination.

The duo closed this wonderful night with an AC/DC/Rolling Stones’ mash-up, followed by a honky-tonk encore that saw local recruit Alex Chapman stalking through the audience rows with his saxophone.