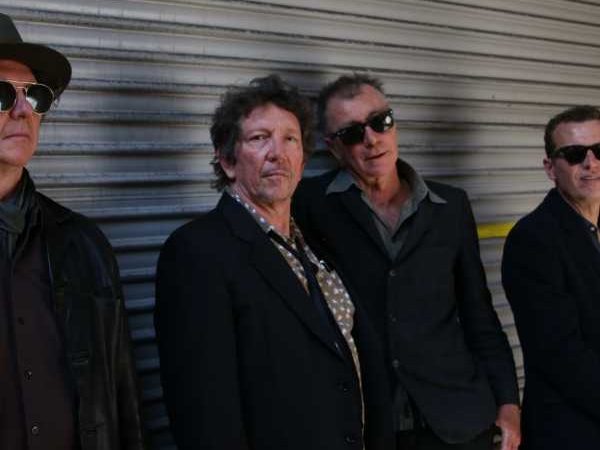 The legendary Moriarty brothers are back.

The Gadflys have just released Deborah, the first single from their forthcoming album Love & Despair. After years of touring, album releases, and intermittent personnel changes, the band has reemerged, with its punk ethos intact, writing an enchanting paean to rock icon Deborah Harry.

It is a graceful ode yet one replete with a vitality that underscores the sentiment of the lyric. The rock ‘n’ roll is still there, the traces of folk and country are still there, and a hint of pop is also present.

But it has been interfused to create a unique collage, one whose tethering strand is Michael Moriarty’s voice. Utilizing melodies that are neither predictable nor obvious, Deborah’s strengths lie in the myriad ways a tune can be pleasing and satisfying while retaining a sense of inscrutable charm.

Moriarty’s performance is key here, of course; issuing restrained cadences for the most part yet letting an unfiltered intensity take hold only when these surges comply with a natural dynamic, such as when the pivotal lyric, ‘Standing before me as though I was blind,’ is reiterated.

And it is a kind of blindness that is at work here, and one that mesmerizes; a well-considered response to a siren-like calling. Despite its rumbling pulse and jangly panorama of supporting tones and textures, Deborah has the feel of a promise that might yet be fulfilled, the merging of time perspectives giving us a picture of venerable lamentation as well inextinguishable desire, the narrator ever-willing, the subject ever-present – ‘I’ll sail my boat round your island to the Lower East Side’.

The song is quite affecting, managing to combine a sense of melancholic contemplation with a reverence that never compromises the fine layers of electricity flashing through the performance—it’s a joyous kind of yearning on display here, one that alternately shimmers and glimmers as it glides. Just like a memory.