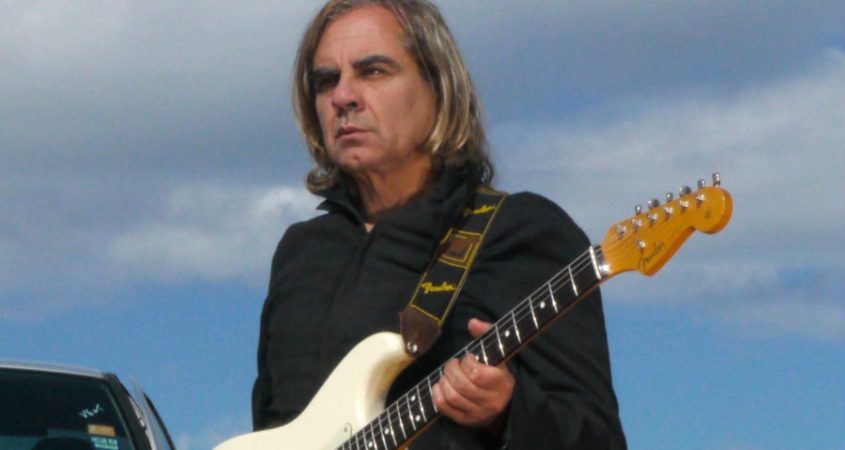 Samskara Radio is the music project of Melbourne-based yoga teacher/musician Simon Marrocco. In its rawest form, Samskara Radio is a synth-wave pop alt-rock hybrid with ’80s leanings and a bandlike sound.

This version of their track I Can’t Wait is a remix which takes it into deep house territory with a rap by Gold Coast artist MC Mooks added for good measure.

And good measure it is. The track is divided into two by MC Mooks’ feisty performance, which not only provides a welcome drop in the proceedings, relieving the rhythmic bottom end of its core duties, but allows the two dance-orientated sections that bookend it to be more effective.

From the get-go the mood is subdued, as deep house tends to be; a modest kind of transposition of traditional house style music, one that, like this remix, incorporates all the usual aura flourishes, the swishes and chilled pads, but manages to maintain a refrained disposition.

I Can’t Wait has this measured quality about it but also allows a few surprise elements into the colour scheme. Once the mood and rhythmic frameworks are established, another texture appears, pushing the track along a slightly different path. The use of a vocoder breathes some vitality into the track, and used as it is—to highlight a slightly buried but needed melodic hook—it provides a dose of pop sensibility that works as a perfect contrasting feature to the purely musical parts. When repeated, in the second half of the remix, it stands out as a line that perhaps should have been used more often.

The production is efficacious, as one would expect from a producer of Austin Leeds’ standing (he’s worked with Avicii & Paul van Dyk) and he has done an excellent job of transcending the song’s original form and creating another, wonderfully enticing one.