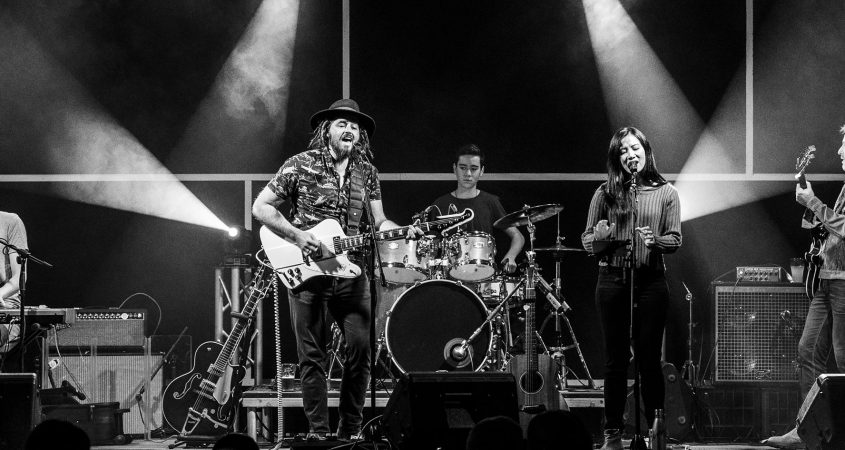 It has been a big year for Canberra indie blues rockers Muddy Wolfe.

Formed in 2017, they released a debut EP Volume I earlier this year, with a second EP issue planned soon. Perhaps giving an early taste of the next EP, the five-piece outfit has released the single Willie Allen.

Written by band leader Steve Smith, it relates to his indigenous ancestor, whose relationship with a white woman resulted in the man’s murder by white settlers. Song themes include being dispossessed of ‘country’ (through being moved across the nation to work settlers’ land), the decimation of the indigenous population through disease and prejudices against inter racial marriage.

The scene is set by an evocative didgeridoo, before acoustic and electric guitars burst through. The sound is swelled by keyboard highlights and the didgeridoo which continues to burble away, in an accusing undercurrent. The forceful music shows more of a rock influence than Muddy Wolfe’s other material.

However, catching a live performance by a line-up reduced to a trio demonstrated that the message is at least as poignant when the emphasis passes from the guitars to the vocals. The tragedy of the planned murder is expressed through the wailing guitar and an interlude in the song where the didgeridoo is joined by a ghostly, keening from vocalist and guitarist Kim Yang. The drama of the attack flows through some great guitar licks mid song.

A strong statement about past injustices, in a haunting, yet catchy song from an up-and-coming local band.