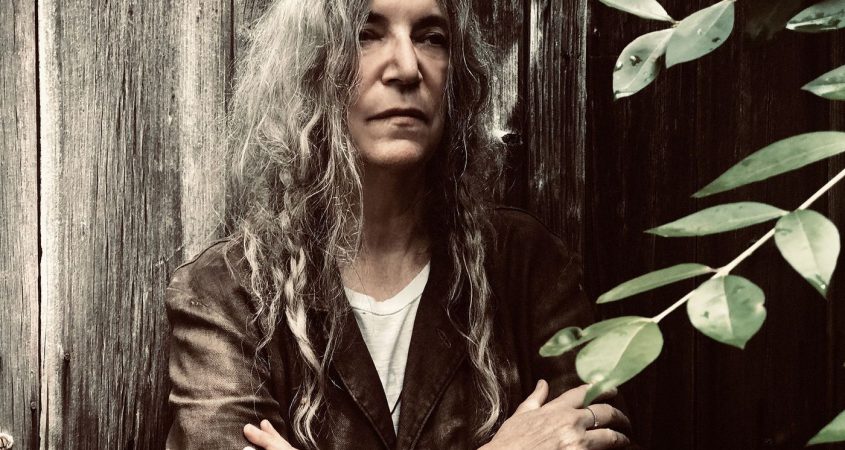 Year Of The Monkey
by Patti Smith
[Bloomsbury Publishing; 2019]

Patti Smith is back in the saddle with a travel diary that’s also a fantasy, but is best approached like a volume of poetry—don’t expect anything substantial in the way of plot or characters, just an excuse to get lost in someone else’s mind for a day or two.

Year Of The Monkey isn’t about much more than what it’s like to be Patti Smith at the age of 69. Still gigging, hitch-hiking, daydreaming, watching her friends getting old.

It’s nice to know Patti Smith is still out there doing Patti Smith things. The punk rock poet of the ‘70s and ‘80s made waves with her debut album Horses, fusing Bob Dylan and the beat poets with a voice uniquely hers. Year Of The Monkey is the most recent offering of a career spanning multiple decades and mediums—music, prose, and poetry to name a few. Her Man Booker Prize winning autobiography Just Kids was a zeitgeist tale about the power of youth, documenting two young artists rising from the ashes of the Warhol scene.

At the outset, Year Of The Monkey lacks Smith’s usual genius with language. Instead of her direct, vibrant, and inventive style we get something unfortunately laboured, with the prose overthought, overwrought, or both. But it recovers quickly, and breaks into an engaging rhythm, carrying you to the end before you’re ready to be there.

The magical realism element that’s threaded throughout wanders rather than drives, appropriately for a story that’s three parts wanderlust, and involves a certain amount of heel-dragging through eddies of ennui. The possibilities suggested by talking motel signs and mystical candy bar wrappers peter out without really going anywhere, more so than is usual even for works of the stubbornly surreal.

Smith is at her best here when she’s conjuring the real, and writes with a cool companionability that makes the reader into a travelling partner.

The otherworldliness is accentuated by Smith’s turning of the present into the past. Though set in 2015, the yellowed pages and monochromatic photographs lend Year of The Monkey a nostalgia that’s suited to the contemplative mood. Smith’s reflections are often memories of the better days of friends; and though she dreams of the future too, it’s a future that seems to be missing as much as it that it promises. Tales of missing children marr Patti’s footsteps and as she drifts between friends aged, ill, and ailing; her reminiscences and Pied Piper daydreams all seem to lead back to the same question – What happened to the kids?

Year Of The Monkey lacks the strong narrative of Just Kids and, at half the length, it reads like an afterthought: unnecessary, but in the manner of many unnecessary things, idle and pleasant to linger over.