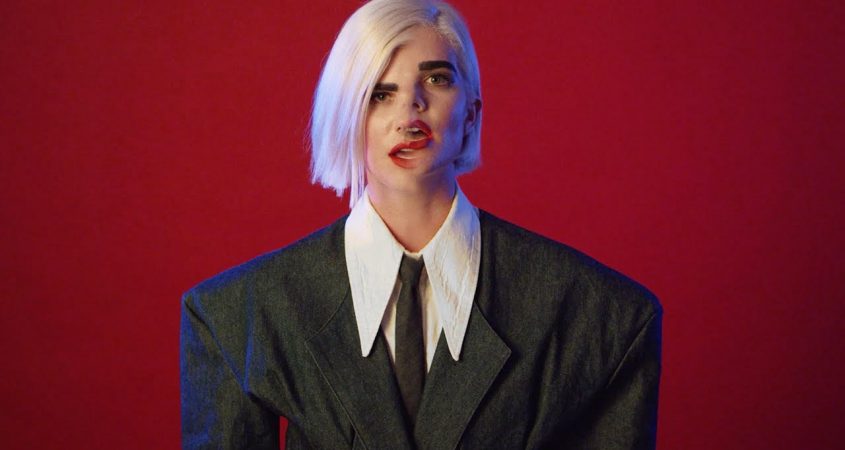 Following the 2016 indie pop EP In The Fog, Wollongong’s Bec Sandridge has released a very personally focussed debut album which tackles such deep issues as her early upbringing, body identity, and coming out.

And Sandridge has coopted a bolder employment of synths and application of more extensive electro effects to tell her tales, making her earlier EP look positively conventional by comparison.

The short intro features a moody crosshatched vocalisations before huge burring synths sweep in amidst a gurgle of electronica.

Sandridge wastes no time addressing her sexuality in the first real song of the LP, I’ll Never Want a BF. The track rushes in at light speed, with a bright falsetto and a racing synth-driven melody, as she boldly dismisses family expectations of a white wedding. Dressed up with sharp guitar hooks, it screams out for frantic dancing.

The start of Animal sees Sandridge use a sultrier tone as she embosses her vocal delivery with clever inflections, before the song breaks out a disco ball glitter vibe.

The electro melody of album highlight Eyes Wide is so infectious, it is irresistible.

W My X epitomises the new Sandridge style of explosive elements; a complex mix of catchy tunes and inventive lyrics, it gallops forward with woodblock percussion.

A sound like a scratchy record launches My Friends Think I Can Do Better before its synths buzz in like a swarm of angry hornets.

Even Love brings a misty cloud of echoing vocals reminiscent of The Jezabels. while the slow track Before the Radio has a Lana Del Ray vibe.

Sandridge has shown real inventiveness in her first album of catchy, danceable tracks with plenty of character to make it stand out in the crowd.